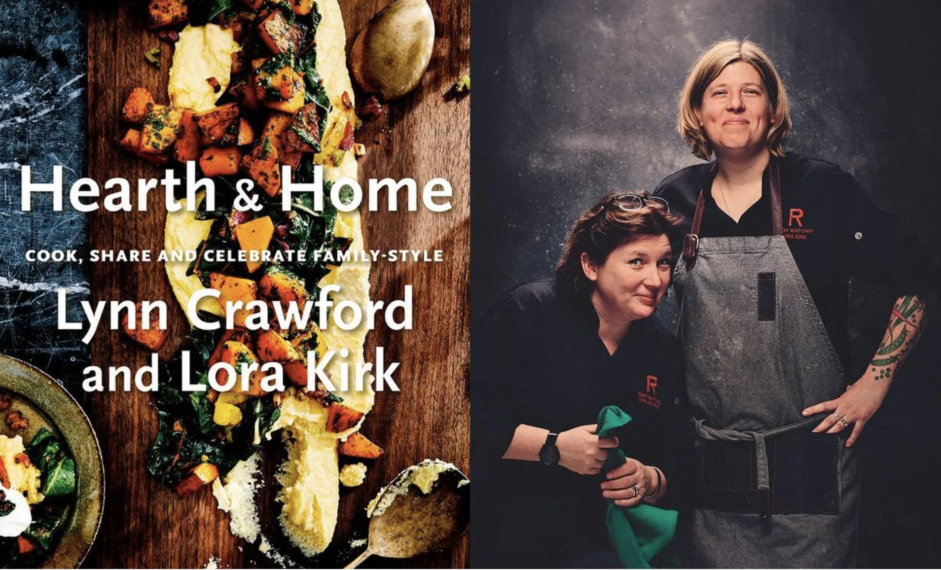 Hearth and Home –  Recipes to Share with Friends and Family

We are delighted to welcome Chefs Lynn Crawford (Food Network – Pitchin In, Top Chef, Chopped Canada) and Lora Kirk (Four Seasons Toronto, Ruby Watchco) to Devour! this year. They have written a new cookbook Hearth and Home and will create two dishes from the book that celebrate eating together as one of life’s great joys. 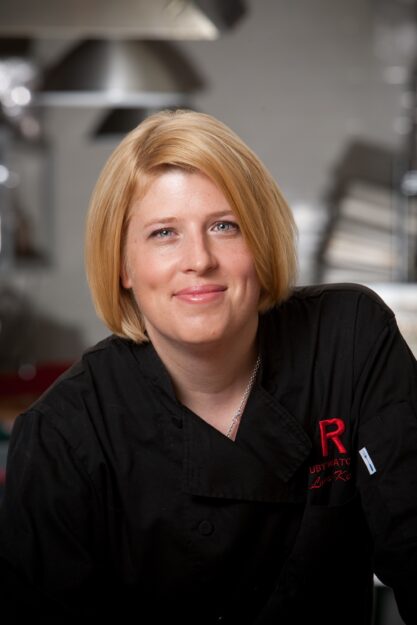 Lora Kirk is regarded as one of Canada’s leading chefs with over 15 years of international culinary experience. While growing up in Peterborough, Ontario, Lora was greatly influenced by working on her grandparent’s farm, and it was there that Lora learnt the importance of supporting local farmers and growers. She then set out to pursue her dream of becoming a professional chef.

Chef Kirk graduated from Algonquin College’s culinary program and soon after moved to London, England. She gained her culinary strength and knowledge by working with renowned Chefs Gordon Ramsey and Angela Hartnett at the famous Connaught Hotel for three years.

Chef Kirk continued to shine in the industry as an innovating chef and took on her next position as Truffle’s Chef at the Four Seasons Hotel in Toronto. Chef Kirk received tremendous media attention and awards under her leadership, including the Five Diamond award for two consecutive years, and four stars in Toronto Life. Other awards received include the “OHI Top 30 Under 30 Award,” and the “Nine of Dine Award 2010.” Chef Lora was invited to cook at the James Beard House in New York and in Kitchen Stadium on Iron Chef America.

Chef Lora continued her culinary journey and moved to New York City to take over the kitchen at Allen and Delancey as Chef de Cuisine. Chef Kirk received the Top 10 New Restaurants award in The New York Times and a very prestigious Michelin Star for her talents. Chef Kirk then went on to run the kitchens at the SOHO House, New York.

Chef Kirk returned home to Canada in 2010. She has become one of the most high-profile women chefs in the country. Chef Kirk now shares her talents, fine culinary acumen, and expertise as Chef of Ruby Watchco in Toronto. Going back to her roots and passion for cooking, Chef Kirk is an advocate for supporting local farmers and growers, those who give top chefs the best quality products with which to cook: Locally grown, harvested and raised, cooked to perfection with heart. @chef_lora 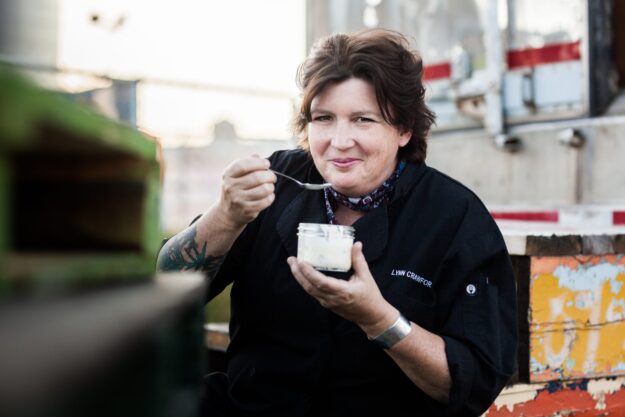 Crawford has over 25 years of culinary experience, including many years as executive chef for the Four Seasons Hotels in Toronto and New York. One of the highest profile chefs in the country and a genuine household name, she is continually sought after as a dynamic host, public speaker, brand ambassador, spokesperson and mentor.

Chef Lynn was the owner of Toronto’s Ruby Watchco, which opened in 2010 and ran for 10 years, garnering critical acclaim as one of the best fine dining restaurants in the country.

Chef Lynn has released three best-selling cookbooks “Pitchin’ In” (2012), “At Home with Lynn Crawford” (2013) and the award-winning “Farm to Chef” (2017). Chef Lynn is the winner of the 2017 Gourmand World Cookbook Award and recipient of the 2018 Lifetime Achievement Award by Canada’s 100 Best. Currently starring on Food Network’s newest primetime cooking competition series Wall of Chefs and Junior Chef Showdown, Chef Lynn starred in Food Network’s hit series Pitchin’ In, which was nominated for Gemini Awards, both as a series and for her dynamic hosting, in 2010, 2011 and 2013.

She can also be seen competing as an Iron Chef in Kitchen Stadium on Iron Chef Canada. Chef Lynn has appeared as a competitor on Top Chef Masters and Iron Chef America. Chef Lynn was a regular judge on Top Chef Canada and Chopped Canada, co-host of The Great Canadian Cookbook and Restaurant Makeover and is an Expert on the Marilyn Denis Show.

Chef Lynn, a longtime supporter of the farm-to-table movement and sustainability, is also the Chef Ambassador for Egg Farmers of Canada. She is a dedicated philanthropist, giving back by participating in several charitable initiatives.

Chef Lynn is passionate about cooking and educating and loves nothing more than sharing her knowledge, wisdom and expertise, teaching children, chefs and home cooks where their food comes from and to take pride in having a hand in the whole process of making and enjoying the healthy, delicious food they cook. @chef_lynn