Very unfortunately, this event has been postponed. Please read this note from Kevin W. McNeely, Executive Director of the Sonoma International Film Festival:

Given the increasing and alarming increase of COVID-19 cases around the world and perhaps soon to affect our wonderful Sonoma community, we have decided to cancel the March 25-29 Festival for the sake of health, wellness and safety of our festivalgoers, sponsors, vendors, donors, volunteers, and employees. SIFF2020 is being postponed! When this pandemic situation dissipates we will reschedule our fabulous Festival. We are already working on Plan B. All of us at SIFF who have committed ourselves to putting together our most dynamic Festival to date, will now regroup, reschedule, and reboot at a new date which hopefully is in the near future. We’ll be back!

We are thrilled to partner with the Sonoma International Film Festival to bring our unique film & food dining experience to this special part of the world for the third year in a row. The Sonoma | Devour! Chefs & Shorts Dinner will bring highly-regarded chefs to Sonoma.

This unique offering has sold out in many locations around the world, and with this combination of award-winning chefs, great local foods and wines, it’s sure to please the inner foodie in all. 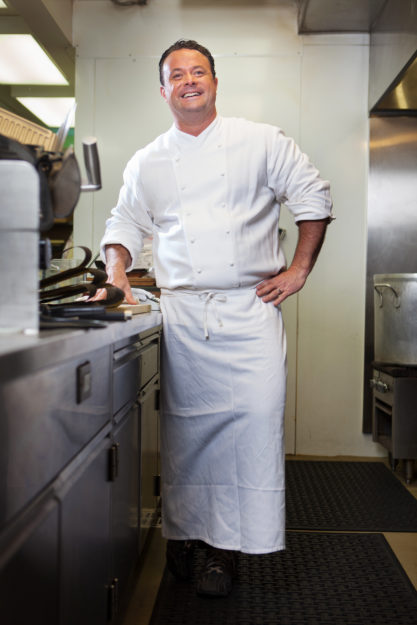 Douglas Keane brought his Midwest, (Dearborn Mi) work ethic to San Francisco in 1998 with previous stops at Cornell University for a degree in Hotel Management and NYC where he obtained his self-described “Masters Degree” in cooking in some of the finest restaurants in the world.  A few years after landing in San Francisco he moved north to Sonoma County and quickly realized he had found his new home. He describes Sonoma County as the best place in the world to live and work. In a few short years through his groundbreaking restaurant Cyrus, in Healdsburg, Douglas amassed a litany of awards, which include Two Michelin Stars as well as Four Stars from the SF Chronicle, both for seven years.  Douglas was also awarded the James Beard Award for Best Chef California and competed in Bravo’s Top Chef Masters where he won the entire competition and was able to donate 100% of his winnings as “Top Chef Master” (Season 5) – a total of $120,000 – to his co-founded charity Green Dog Rescue Project.  His most cherished “awards” from Cyrus’ illustrious tenure are the relationships he forged and cultivated with the local growers of Sonoma County.  He values the honor of taking arguably the world’s greatest agricultural products grown in Sonoma and transforming them into a feast to be enjoyed by his guests. Douglas is currently working on reopening Cyrus in a vineyard setting, surrounded by the farms he features on his menu. He is hoping to open the doors by 2020. He currently owns and manages Healdsburg Bar and Grill and Roadhouse 29 as well as consults on numerous hospitality projects. He is currently reopening Cyrus in a very unique vineyard setting with one of a kind dining journey. He lives in Alexander Valley, Sonoma County with his wife, Lael and their “rescue petting zoo” which consists of five dogs, three goats, two sheep and three chickens, two pigs and two calves. 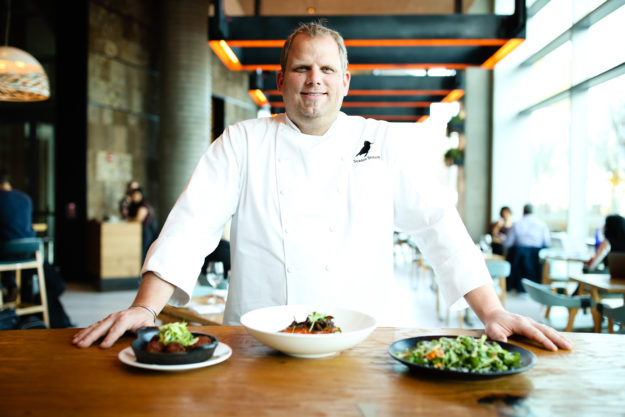 Chef Seadon Shouse is an award-winning chef with almost 20 years of experience in the kitchens of acclaimed restaurants throughout the United States. From Nova Scotia to Northern California chef Shouse has been exploring what local ingredients nature has to offer by foraging himself and strengthening relationships with the experts – farmers, foragers and winemakers.

In 2016 Chef Shouse created and opened Halifax, a new concept inspired by his experiences growing up in Nova Scotia, rich culinary career, as well as his passion for North-Eastern farm and coastal fare prepared with local and sustainable ingredients. In September 2017, Chef Seadon Shouse and his team at Halifax earned the restaurant a three-star review of “Excellent” from New Jersey Monthly Magazine. In 2018 Chef Shouse joined the team as Chef/Partner of Coast Kitchen at Timber Cove Resort in Northern California where the cuisine is a showcase of the Sonoma coast. Working on both coasts has deepened his appreciation for seasonality and importance of local environments, and exposed him to exciting new products and ingredients to explore. He considers his culinary path a constant education on our relationships with nature and each other. 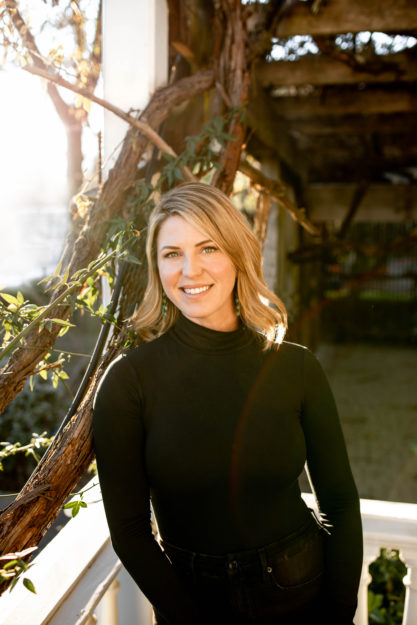 In 2007, Bravo network approached Thompson to appear on “Top Chef” season three, which she finished as runner-up and fan favorite. She came back to the hit show for its eighth season, “Top Chef: All-Stars,” and graces the show again for season 14, filmed in Charleston, SC. She has also judged the Emmy nominated Top Chef Junior.

Casey cooks for events in the Napa Valley with her private dining business Chef Casey Thompson as well as representing brands, charities and appearing on culinary networks. Lately, she is working on her own restaurant project, Georgette in the town of Sonoma, California in the fall of 2020. In addition to Georgette, Casey is the Director of culinary development for Sonoma’s Best Hospitality Group.

With culinary projects sprinkled across the country, Thompson roots herself in Sonoma, with her husband, Michael DeSantis, owns, makes, and operates Harumph Wines in the Napa Valley. 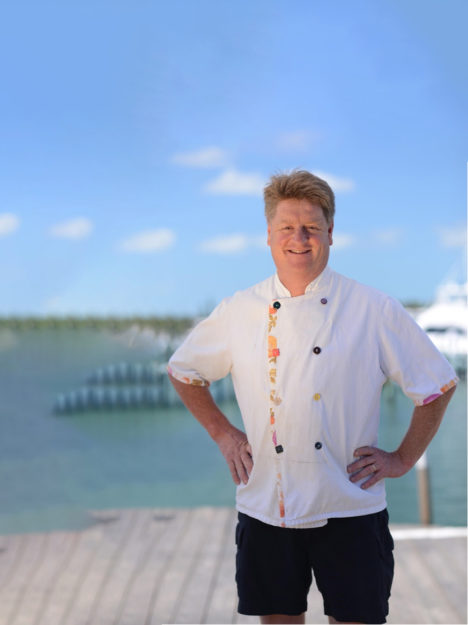 Michael Howell is the founder and Executive Director of Devour! The Food Film Fest in Nova Scotia, Canada.  For more than 25 years Michael has been a leading chef across the United States, Canada and The Bahamas.  Michael hosts food and wine inspired travel to Italy through Tempestuous Culinary, and is currently the consulting Executive Chef at The Green Turtle Club and Marina in Abaco, Bahamas.  From 2003-2013 Michael owned and operated Tempest, an award winning restaurant in Canada.  Michael has twice cooked at New York’s prestigious James Beard House as featured chef.

Deeply committed to Slow Food (he is the former co-Chair of  Slow Food Canada) and global food literacy, Michael was named a winner of the Queen Elizabeth II Diamond Jubilee Medal in 2011 for his contributions to improving the food system for all.  He was Nova Scotia Local Food Hero in 2010, named Taste of Nova Scotia’s Culinary Ambassador (along with business partner Lia Rinaldo) in 2015. Devour was awarded the 2017 Canadian Treasures award for Innovation in Hospitality by The George Brown Centre for Culinary Arts and in 2018 was awarded the Tourism Industry Association of Nova Scotia Culinary Ambassador Award. 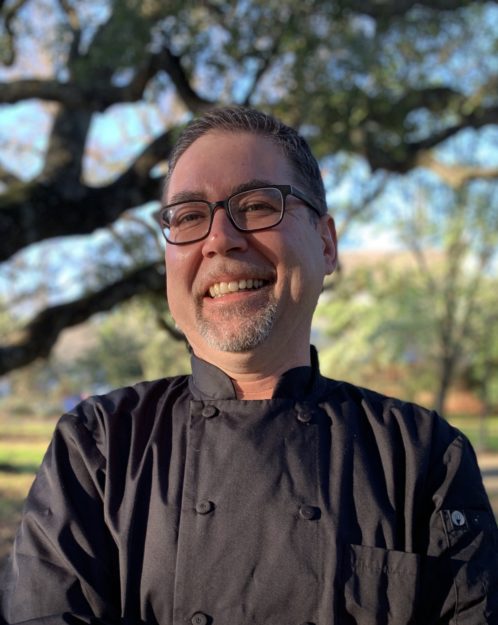 Andrea began his career in Europe working in over 20 restaurants before opening his own restaurant in Barbaresco, Italy, where he earned a Michelin star for 10 of the 15 years that he was open. He originally is from Piemonte in Italy and grew up learning family recipes and techniques from his grandmother before attending culinary school. Chef Andrea found a site for his business in Sonoma 3 years ago and worked as a private chef while focusing on opening Salumeria Ovello to pursue his passion for creating exquisite artisan salumi. He was elated that the site he found in Sonoma previously was a bakery – his father had owned a successful bakery in Italy for many years, and Andrea started his days in his restaurant baking many types of breads daily. At Salumeria Ovello, Chef Andrea is creating several different types of focaccia daily as well as Italian cakes and desserts, grissini (breadsticks), and lingue di suocera (house made crackers). He is making many other specialties from northern Italy in the store and is excited to share his craft with others at Salumeria Ovello.