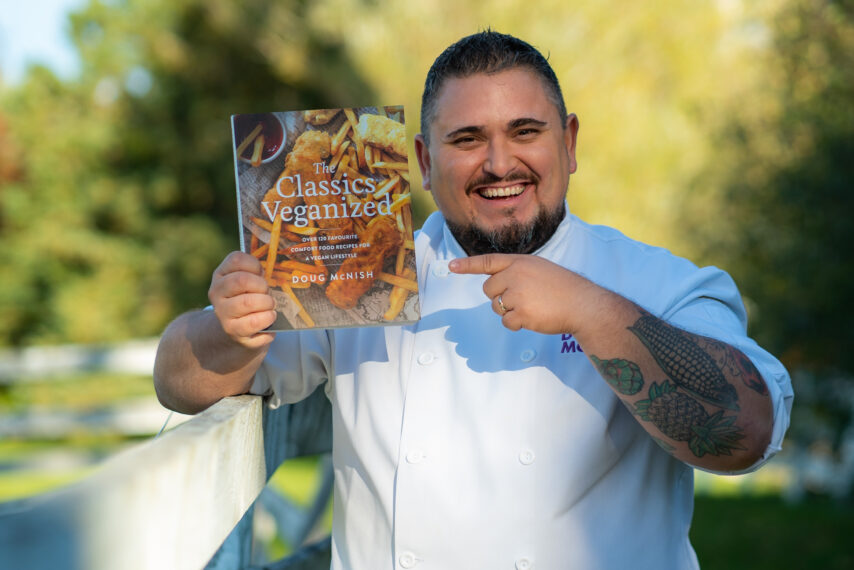 smallfood and the Future of Food. Join celebrated Toronto-based chef Doug McNish as he treats us to tastes of Nova Scotia’s very own smallfood, creating delicious bites of food from the cutting-edge company developing alternative proteins. Grab a copy of his cookbook The Classics Veganized.

Doug McNish
Doug McNish knew he was destined for a career in the kitchen when he began honing his skills at the age of 15, but by age 20, Doug knew he needed to make a change after watching footage of a slaughterhouse. He went vegetarian, and months later adopted a fully vegan lifestyle, becoming a pioneer in the vegan food movement.

Today, Doug is a globally recognized Executive Chef, consultant, and author, appearing on numerous national and international television shows. His cookbooks include the bestselling Eat Raw, Eat Well (2012), Vegan Everyday (2015), and The Classics Veganized (2020)—all of which have won the Gourmand Award for Best Vegan Cookbook in the world. His work has helped make vegan cuisine go mainstream, and he is devoted to his vocation and activism in the name of ethics, health, and the environment. You can keep up with Doug online by following him on Twitter, Instagram, YouTube and Facebook, where he routinely shares his ongoing projects, informative and inspiring content, and his love for everything plant-based and vegan. @dougmcnish