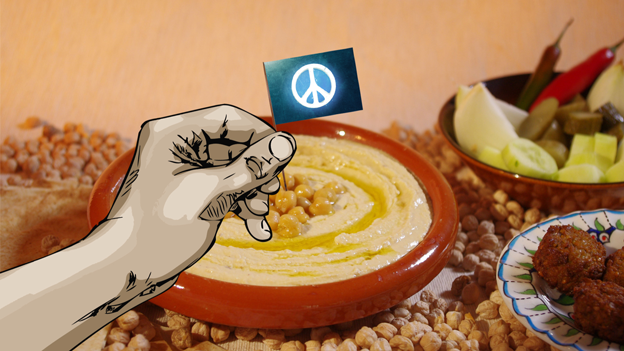 One of the oldest-known prepared foods in human history, hummus is claimed by multiple Middle Eastern nationalities. When filmmaker Trevor Graham heard of a 2008 Lebanese plan to sue Israel for acting as if it had proprietary rights over the dish, he was intrigued and hungry for more. This is one man’s humorous journey through the bars and kitchens of Beirut, Tel Aviv, Jerusalem and New York to figure out who owns the hummus heritage.