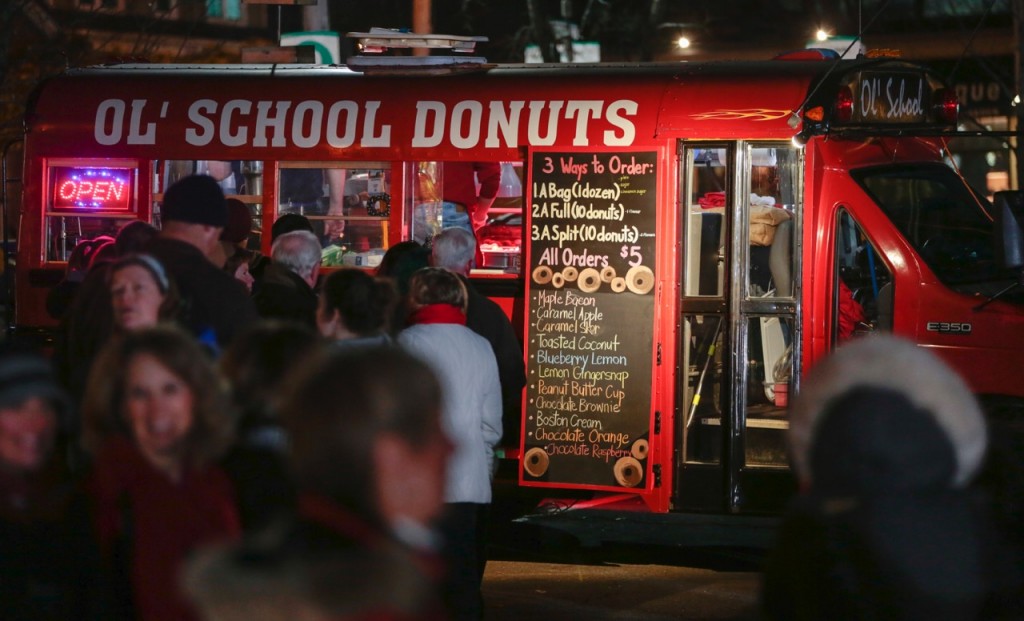 Presented by Select Nova Scotia, the hottest rage in North America hits the streets of Wolfville. From gourmet burgers to fish tacos to doughnuts with a Nova Scotia twist, Wolfville’s largest food truck rally offers fast, accessible, delicious food for all! New to the rally this year we’ll have an alfresco screening with great local content.

New This Year! at the Food Truck Rally:

Turn Food Waste into Party Fuel – Dance against Food Waste
According to the FAO, one third of all food produced worldwide is thrown away. That’s more than 1 billion tons of food every year – most of which would be edible but is not perfect in shape, colour, or size. The Disco Soup movement was started by the Slow Food Youth Network in Germany to bring awareness to the massive scale of food waste. A Disco Soup event brings together people from all walks of life to dance, chat about food and transform vegetables from farms and markets that would otherwise have been wasted into a delicious meal. This Disco Soup will be hosted by Slow Food Youth Annapolis Valley and will be the first Disco Soup in Nova Scotia.

Free Screening at the Food Truck Rally
On a big outdoor screen in the park, grab a snack and watch films highlighting the culinary scene in Nova Scotia and across Canada. You’ll definitely recognize a few of the chefs and producers on screen! Films include: Rising Canteen, Slow Food in Canada, Lamb ‘n Lobster, Slow Fish and Oysters ‘n Clams.