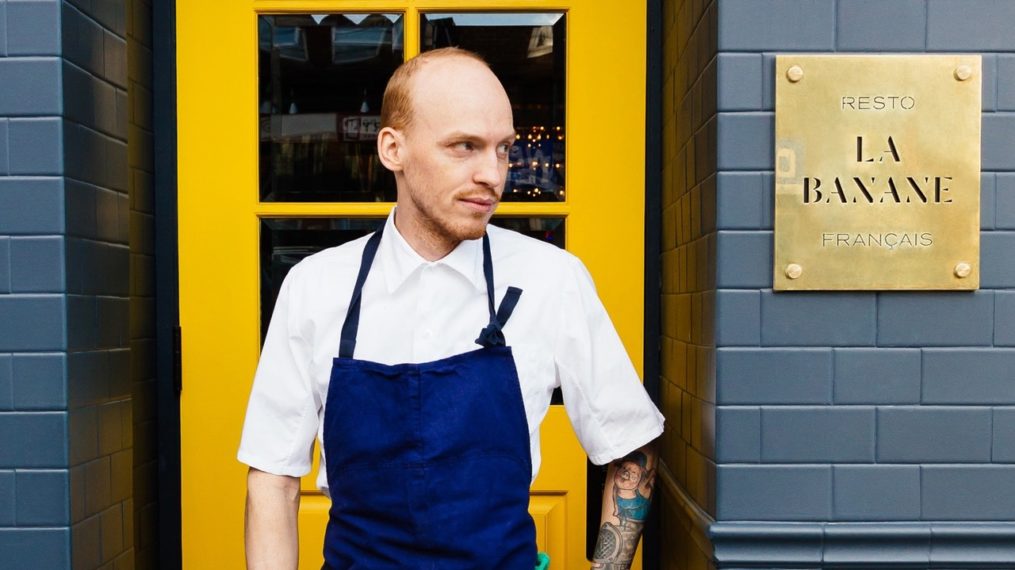 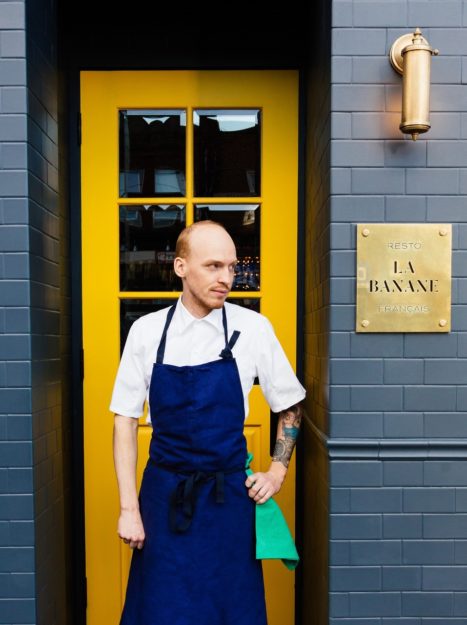 Before opening La Banane in January 2017, Brandon spent two decades working under some of the world’s top chefs – including two years with Chef Thomas Keller at his French Laundry and Ad Hoc restaurants. At age 25, Brandon was honored with Thomas Keller Restaurant Group’s “Core Award,” given annually to the TKRG employee that most exemplifies the core values of the company.

After two years in Napa, Brandon returned to Toronto and rose to become chef de cuisine at Toronto’s Black Hoof Restaurant, and later Bar Isabel – two of Toronto’s most celebrated restaurants. During this period he honed skills in butchery, nose-to-tail cooking, charcuterie and Spanish cuisine, but classic French was always his passion. After two fruitful years at Bar Isabel (and helping it win Canada’s Best New Restaurant from EnRoute Magzine) he moved on to carve his own path.

Inspired by his time observing the chocolatiers at the French Laundry, Brandon became a self-taught chocolatier and in October 2015, he opened CXBO together with artist and filmmaker Sarah Keenlyside. Their colourful, geometric, handmade confections were an instant hit, and earned them a 2017 Design Award from Wallpaper Magazine and two Canadian International Chocolate Awards.

A year later, he and Sarah partnered with Toronto restaurant group King Street Food Co. and opened Restaurant La Banane, which was awarded the honour of Canada’s Best New Restaurant of 2017 by Canada’s Best Restaurants Magazine. La Banane is lively, 88-seat, pop art-filled French restaurant that features Brandon’s playfully reimagined Classics and an extensive raw bar. Favorite dishes at La Banane include Tuna Crudo with Capers and Brown Butter, “Liver and Onions” (chicken liver mousse with braised cipollini onions and hen of the woods mushrooms), Eurobass en Croute with Yuzu Beurre Blanc, and the wildly popular Ziggy Stardust Disco Egg, which is made by CXBO. These abstract, hand-painted dark chocolate eggs are lined with unique flavor combinations (such as ancho chile, coffee and dried apricots) and filled with 67% dark chocolate truffles. Guests are invited to smash the eggs with a gold spoon, which has contributed to their popularity both in the restaurant and on social media. In its first year, the dessert was frequently referred to in the media as the “most instagrammable dessert of 2017.”

Brandon and Sarah’s next project is a 40 seat cocktail and wine bar located above La Banane that will serve smaller bites, but still in the French classic style. @king_of_ginger