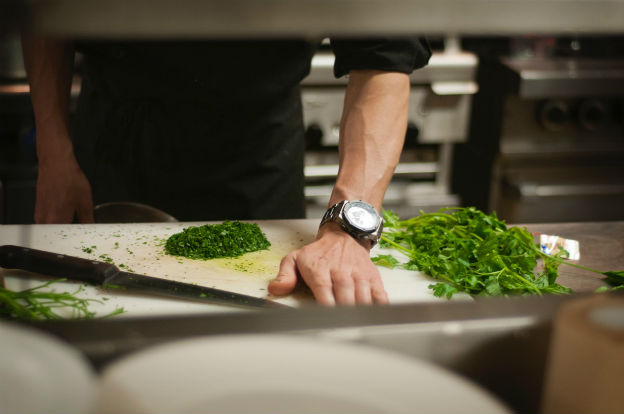 Dinner inspired by the gala screening of El Somni. 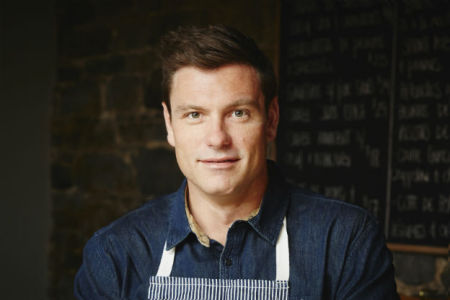 Chuck Hughes is the multi-talented star of Food Network Canada’s Chuck’s Day Off and Chuck’s Week Off as well as the co-owner and chef of Montreal hot-spot, Garde Manger. His unbridled passion for entertaining translates into both unforgettable food and captivating television. Chuck loves food. So much so his favourites are tattooed on his arms: bacon, lemon meringue pie, lobster and arugula just to name a few.

After going to culinary school and working in some of the hottest restaurants in Montreal he partnered with his two best friends and opened Garde Manger to rave reviews and packed seating. In August 2011, he and his partners opened their second restaurant in Montreal – Le Bremner.

For Chuck, a highlight of the last few years took place when he walked into New York City’s Kitchen Stadium and became the youngest Canadian chef to win on Iron Chef America. He also became the only Canadian chef to beat the legendary Bobby Flay. Following that win, Chuck was asked to join nine other celebrity chefs, including Robert Irvine and Anne Burrell, to battle it out on season four of Food Network’s The Next Iron Chef: Super Chefs. In 2012, Harpercollins Canada released his first English cookbook “Garde Manger”. It immediately became a best-seller. Chuck’s second cookbook based on his popular TV series Chuck’s Day Off was released shortly after, and it too became a best-seller. Chuck recently launched DeepDishMTL, Canada’s first multi-chef recipe iPad/iPhone app, which features recipes from some of Montreal’s finest chefs. Currently, he stars in Chuck’s Eat The Street, which airs on the Cooking Channel , and he has joined an all-star panel of expert judges on Chopped Canada, which presently airs on Food Network.

Known for his expertise in French cuisine, Frédéric Tandy spent his days cooking through France before arriving at Cape Breton’s Celtic Lodge in 2002. Over the next few years he spent his time working on both coasts, in Nova Scotia and British Columbia, before permanently returning to Halifax to open Nova Scotia’s only retail artisanal charcuterie, Ratinaud French Cuisine, in 2009. The shop features expertly prepared cured meat, made by hand, using as many local seasonal ingredients as possible. Ratinaud’s charcuterie can be found at many of the provinces best restaurants.

Over the past few years, Fred has developed a loyal following for Ratinaud’s immensely popular weekly series called The Kitchen Table. Sold out months in advance, the set-menu dinners offer guests a premiere dining experience in Halifax. 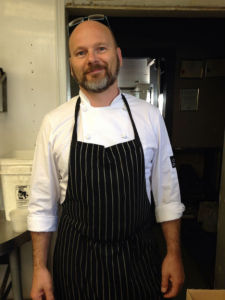 Passions are like vegetables: they start with a single seed, and over time, if nourished properly, they grow. The seed of Dave Smart’s culinary passion was planted at a young age, but it took years for that seed to sprout. Dave started his career as an engineer. Even during this twenty year tenure, he found himself continuously drawn to the kitchen by one ingredient in particular: garlic. He and two friends would gather on Tuesday nights for “Garlic Night” to cook and entertain. Inspired by the potential he found in food, it wasn’t long before Dave kicked his collaborators out of the kitchen to invent and compose his own meals.

And so the chef in Dave Smart developed, eventually leading to his placement at Le Cordon Bleu Culinary Arts Institute in Ottawa. After his education and internships with prominent chefs in Ottawa, Dave found his way back to his home province of Nova Scotia and to the town of Wolfville, where he opened his own restaurant, Front & Central. A casual restaurant with exquisite food, the restaurant’s aim is to nourish the mind, belly and soul.