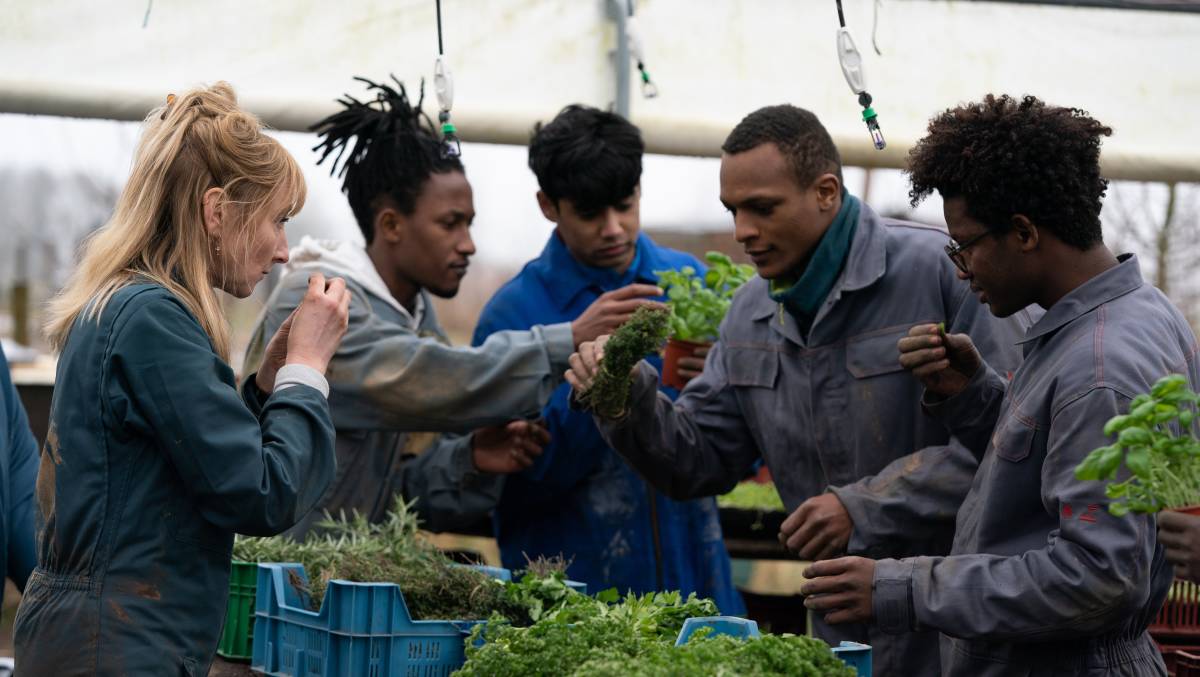 Wolfville, NS (October 31, 2022) –Devour! The Food Film Fest wrapped up another successful year with the presentation of the prestigious Golden Tine Awardsand a glimpse into what’s being served up in 2023.

The esteemed Golden Tine Award Jury was made up of Jan Miller, international consultant and trainer specializing in film and television co-production and co-venturing and Pamela Segger, executive director and lead programmer of Lunenburg Doc Fest, who screened 54 films before making their decisions.

“My world has changed from being a Juror for Devour! and being exposed to a world on screen that I’ve not seen before. That is the power of film – to transport us to other worlds and perspectives,” said Jan.“The programming was strong and accessible, which made our job difficult but really inspiring. This is among the most impactful programming that I’ve ever viewed. I was really struck by how action-oriented the films were; I left informed and empowered to make immediate choices,” said Pamela.

Best Feature Drama: The Kitchen Brigade directed by Louis-Julien Petit.
With strong performances and a charming script, The Kitchen Brigade is an upbeat underdog story exploring one woman’s journey from ego-driven independence to recognizing the value of community and uplifting others through a shared passion for cuisine.

Best Feature Documentary was a tie between Cow, directed by Andrea Arnold and A Taste of Whale directly by Vincent Kelner.

Cow is a remarkable observational and intimate documentary, and immerses the viewer into the life of Luma, a dairy cow, as she is forced to face unrelenting service to humans’ needs. The spare soundscape and discerning cinematography further amplify the emotionally intense journey for the viewer.

A Taste of Whale is a passion-filled and compelling documentary, and equitably frames two sides of the argument for hunting pilot whales in the Faroe Islands. Skilfully structured and paced, the filmmaker includes a powerful twist leaving the viewer challenged and unsettled.

Best Short Drama: Same Old directed by Lloyd Lee Choi.
The filmmaker powerfully captures the gritty reality of a character-driven to act against his nature
in order to provide for loved ones. Best Short Documentary: When the Swallows Fly directed by Sébastien Pins.

Best Short Documentary: When The Swallows Fly is a poignant portrayal of endings and beginnings through the relationship between a grandfather and grandson, and their farm animals. Striking a powerful emotional chord, this quiet and intimate film is perfectly paced and beautifully shot.

Best Short Animation: Prince in a Pastry Shop directed by Katarzyna Agopsowicz.
Jury members said this was a richly layered film. The complex and magical weaving of images continue to surprise throughout, creating a refreshing and whimsical composition.The Nourish Nova Scotia Food and Film Challenge Award was presented to Raiyah Solomon-Roche for Plants – The Future Rainbow, which screened as part of Devour!’s opening night gala.

“This year’s films really packed a punch around our theme “The Future of Food.” We set out to challenge the way people think and make some choices to affect change. We are so impressed with the film and food program and that people took away some life-changing ideas, habits and skills,” said Lia Rinaldo, festival managing director.”

The 13th edition of Devour! The Food Film Fest will take place in Wolfville, Nova Scotia from October 23-29, 2023.