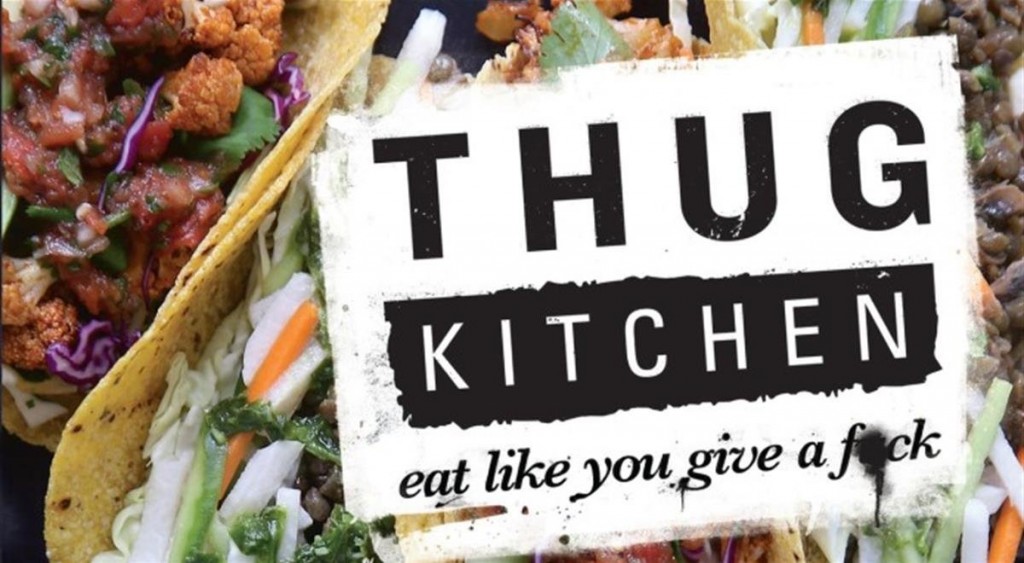 An Interview with Thug Kitchen

You’re not going to  f**king believe this career trajectory. In just a few short years, the creators of the vegan cooking blog Thug Kitchen rule the internet with their trash talk and a staggering number of social media followers that surpass all of the culinary majors. Their first book, Thug Kitchen: the Official Cookbook, became a New York Times bestseller. All this on the back of one good niche idea to get people to eat more vegetables and adopt a healthier lifestyle (and with no background in culinary, writing or photography). With a new book to be released this fall, Thug Kitchen: Party Grub, the dynamic duo are stopping by Devour! to give the low-down on their rise to fame to one of their brethren, TBD from Trailer Park Boys. Warning: copious amounts of swearing included. 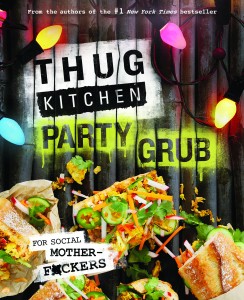 Thug Kitchen
Thug Kitchen blew up the Internet back in 2012, when the duo – Michelle Davis and Matt Holloway –  first began blogging. Their first cookbook, Thug Kitchen: Eat Like You Give a F*ck, was an instant #1 New York Times bestseller. Their second book, Thug Kitchen Party Grub is coming out in October 2015. They are based in Los Angeles, CA. 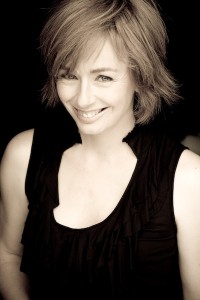 A legend in Canadian film production, Lucy DeCoutere’s first involvement in the biz was as a background performer in Thom Fitzgerald’s first feature film, The Hanging Garden. It was here that she came to understand that the real magic of filmmaking is what happens behind-the-scenes. And she was hooked. Deciding to dedicate the next decade to working on any and all projects – from associate producing, to casting, to directing – she was captivated by the synergy of the crews who worked behind the camera. Upon receiving a graduate diploma in communication studies from Concordia University, she set her focus on more documentary projects. This lead her to work on the television hit Trailer Park Boys for the last 16 years.

When not shooting TPB, Lucy works as a ranking officer in the RCF and makes killer ravioli. Her favourite colour is that specific shade of green broccoli turns when it has just been steamed to ‘al dente’ perfection. She’s also a vegetarian (but gets really bored of telling people what her protein sources are).

Side note: Lucy is thrilled to be involved with Devour! since her idea of a perfect night is eating her feelings while watching strangers play out their imaginary feelings on screen.