This five-course dinner is inspired by the Spotlight Gala film Food Fighter and will be prepared by chefs:

Please Note: Due to the nature of this event – being a set menu in a remote location with visiting chefs – we are not able to accommodate dietary restrictions at this dinner. 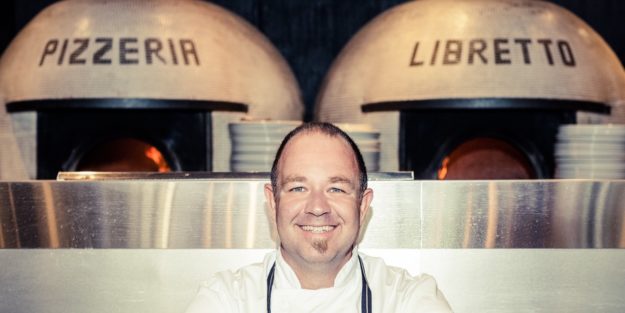 Born and raised in Toronto by two Italian immigrant parents, Rocco’s passion for food was cultivated at an early age when he sold fruit for his uncle. Starting as a dishwasher at Ciao Bella in Woodbridge, Rocco’s hunger took him to the Stratford Chefs School, and then to study abroad in Rome. His first experience leading a kitchen was at Ferro Bar Café—and from there, he went on to open his own restaurant, the Silver Spoon. Alongside Max Rimaldi, he opened Pizzeria Libretto in 2008, changing the Toronto landscape of pizza. When not slinging pies, Rocco loves to spend his days with his wife and partner Kara and their two children, Super Sebastian and Mighty Mia. His philosophy is one of simplicity, flavour, and passion, using a few seasonal ingredients to create a tasty dish that evokes memories of a passionate heart. @chefroccoto 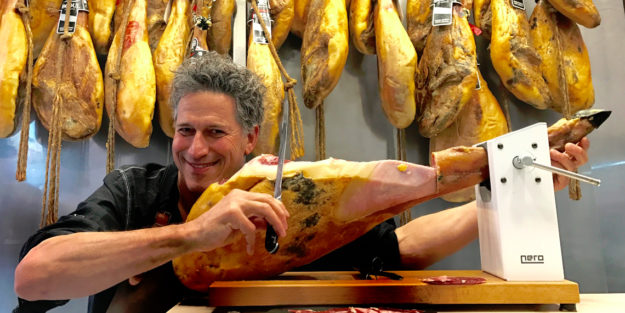 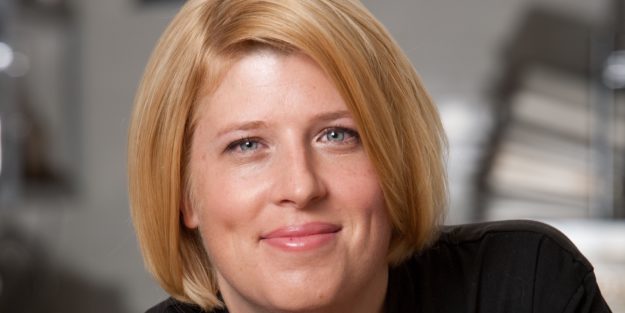 Lora Kirk is regarded as one of Canada’s leading chefs with over 15 years of international culinary experience. Lora graduated from Algonquin College’s culinary program and soon after moved to London, England. She gained her culinary strength and knowledge by working with renowned Chefs Gordon Ramsey and Angela Hartnett at the famous Connaught Hotel for three years. Lora continued her culinary journey moving to New York City to take over the kitchen at Allen and Delancey as Chef de Cuisine. Lora received the Top 10 New Restaurants award in the New York Times and a very prestigious Michelin Star for her talents. Lora then went on to run the kitchen at the SOHO House, New York. Chef Lora now is the Chef –owner of the market inspired, critically acclaimed restaurant Ruby Watchco, located in Toronto’s East End. @chef_lora

Dario Tomaselli is a world-renowned international chef and culinary artist. A scion of a successful hotelier family, Dario’s gastronomic passion began as a young child in his Nonna’s kitchen in Italy, spending countless hours watching, learning, and developing his skills. He went on to attend culinary school E Maggia in Stresa, Italy, and meeting his next mentor, Chef Gualtiero Marchesi, the founder of modern Italian cuisine. Dario’s 39-year culinary career saw him spanning the globe and eventually landing in Toronto, where he worked as Executive Chef at the critically acclaimed restaurant Oro, awarded Top 10 in Canada. Today, you can find Dario teaching the next generation of chefs as a culinary professor and international coordinator of the Italian culinary post-diploma programs at Toronto’s George Brown College. Dario is a firm believer that food leaves a meaningful impact on our way of life. @chefdariotomaselli 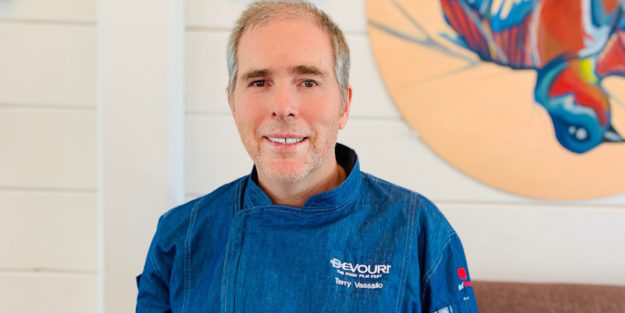 Terry’s experience in the restaurant industry began in a Jewish delicatessen in Sydney, N.S. After taking the culinary arts program at Malaspina College in Powell River, B.C., he apprenticed at highly regarded restaurants in Vancouver such as Star Anise and Montri’s. He returned to Nova Scotia and spent three seasons at The Keltic Lodge in Cape Breton, where he worked and apprenticed under accomplished European chefs such as Gilles Hostel and Daniel Francois.

Terry moved to Halifax and became chef at Sweet Basil Bistro, Seven Winebar and Restaurant, The Five Fishermen, and Trattoria della Nonna. He won the silver medal in the Gold Medal Plates competition in 2013. He was hired by a British catering company to cook at the 2014 Olympics in Sochi, Russia, and was asked to return with the company for the Summer Olympics in Rio de Janeiro. He currently owns and operates Mappatura Bistro in Halifax with his partner Simone Mombourquette. @mappaturahalifax