The Charcuterie of Québec Bouchon was named Top 10 new restaurants in Canada by EnRoute Magazine in 2016 for its straightforward approach to classic French food. Chef owner Louis Bouchard Trudeau gives a demonstration and tasting of classics from his Quebec City restaurant. 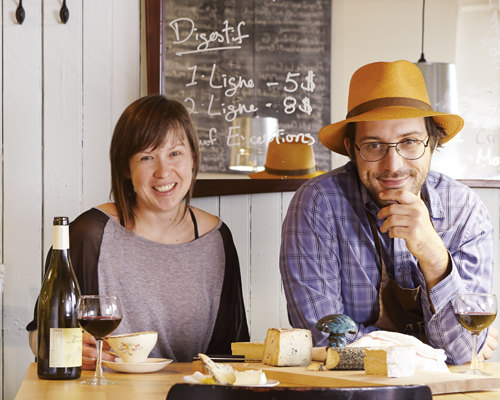 Louis studied culinary and hospitality management at Collège Mérici in Quebec with the aim of opening a café-theatre. Wishing to highlight the cuts of unloved meat and avoid food waste, Louis and wife Thania Goyette decided that the pig would be at the heart of their culinary approach. In 2009, the duo opened a catering service, Le Pied Bleu, that quickly turned into a deli counter. This counter, specializing in charcuterie, cold cuts and blood sausage, has become the central element of their restaurant, Le Bouchon du Pied Bleu, which opened in 2012. In 2014, just 100 metres from Le Pied Bleu, the entrepreneurs opened a wine bar and charcuterie, Le Renard et La Chouette. Most recently, Louis and Tania acquired the Vietnamese restaurant Nhà Tôi, which opened in 2017. @le_bouchon_du_pied_bleu