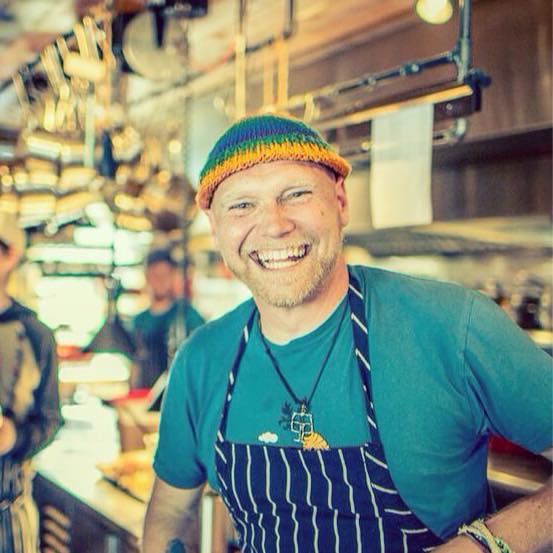 Vacay.ca publishes an annual ranking of the best restaurants in Canada. It seems Newfoundland hits the high notes with two in the top 10 – Chefs Jeremy Charles (#1 Raymonds) and Todd Perrin (#7 Mallard Cottage) are hitting it out of the park with their dynamic culinary prowess – a nose to tail cuisine (or should we say seal flipper to tail) celebrating the best products from their fair province. Its a unique combination of traditional and very, very modern techniques that result in a cuisine all their own. Watch and sample as they create their versions of tasty Tidbit from The Rock. 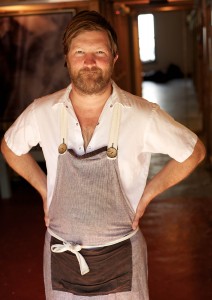 Known as one of the kings of Newfoundland Culinary, Jeremy Charles grew up in Old Perlican (a quaint fishing village in Trinity Bay, Newfoundland) where he spent the majority of his summer vacations selling cod tongues to locals and tourists. Moving to Montreal when he was 19 to study culinary arts at St. Pius X Culinary Institute, he also found himself working under Claude Pelletier and Michel Ross at Medierraneo. After landing his dream job as chef at a prestigious fishing camp in northern Quebec, he later found himself a regular at the Fulton fish market in Chicago where he worked as a personal chef, honing his skills at many of chi-town’s top tables.

Drawn home by his Newfoundland roots, Jeremy opened two widely successful restaurants, Atlantica and Raymonds (both unprecedentedly named Best New Restaurant by enRoute Magazine). He is also known for his appearances on TV shows like Untamed Gourmet, Land and Sea, The Shopping Bags, Bizarre Foods with Andrew Zimmern and the Genie Award nominated The Chef’s Domain. His latest project, a cookbook of Newfoundland food and culture, is set to be published in 2016 by HarperCollins. 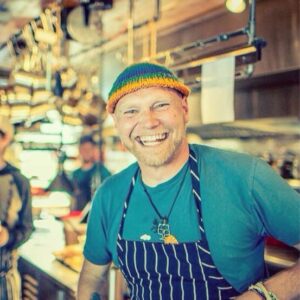 Canadian foodies know Todd Perrin as the burly, entertaining, larger than life Newfoundlander who made it to the top eight on Food Network’s hit series Top Chef Canada in 2011. Todd graduated from The Culinary Institute of Canada at Holland College in PEI and went on to work at The Lodge at Kananaskis in Alberta and then at a private hotel near Zurich, Switzerland. In 2001, he opened Two Chefs, a fine dining eatery in St. John’s (named one of enRoute Magazine’s Top 50 New Restaurants). In 2008, he opened The Chef’s Inn, a B&B in downtown St. John’s. Here he sources the freshest local ingredients from his own backyard, neighbours’ farms and his root cellar, practicing farm-to-table whenever possible.

Todd’s latest project, Mallard Cottage, opened in November 2013 in Quidi Vidi Village, St. John’s. For the unprecedented second time, Todd’s restaurant was recognized for the second time by enRoute Magazine as #5 on their Top Ten Best New Restaurants in Canada. Mallard Cottage was also named #7 on Vacay.ca’s Top 100 Restaurants in Canada list in 2015.