Are you the next Anthony Bourdain? Padma Lakshmi? Jamie Oliver? Some of the top culinary content creators and producers talk about what it takes to craft the perfect pitch from the onset of a creative idea through to execution and just how to break into this business on screen. This could even be your opportunity to pitch your very own cooking show in the room!

Laurie Barnett is a veteran talent manager, event producer, project manager, and sales and marketing executive with over 30 years experience.She is an entrepreneur with deep roots in the food and restaurant business and the theatre.

She began her career as an actress and producer, founding The Actor-Managers, an actors’ collaborative. Like many actors, she waited tables to pay the rent; soon she rose as a restaurant professional. In 1990, she became Director of Dining Services for the Hearst Corporation. She installed a restaurant kitchen, hired the first professional chefs, raised culinary standards, reduced the subsidy by 50%, and produced special events for Race for the Cure and Taste of the Nation.

In 1995, Laurie joined The Food Group, an ad agency for food service manufacturers, including Lipton, Kraft, Nabisco, and Uncle Ben’s. She created a new Event Marketing division, became its Director, and produced over 40 multi-faceted events a year, including events at the 1996 and the 1997 National Restaurant Show. The department experienced double digit growth within 18 months. Upon the sale of The Food Group in 1998, Laurie became a consultant to clients including Restaurant Associates, Air France, Chase Bank, Estee Lauder Inc., The Omni Group, New York Times and The New Yorker. For Chef magazine, she curated a Chef Des Chefs conference for pastry chefs, featuring Jacques Torres, Francois Payard, and Drew Shotts.

Laurie Barnett & Co, the newest iteration of her journey, is a collaborative boutique, focusing on custom content programming for live events, strategic partnerships across all platforms and special projects with celebrity talent and brands around the globe. 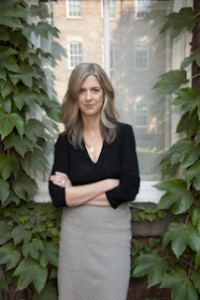 Low is an award-winning executive producer who has won five Gemini awards for her work in factual entertainment and documentaries. Prior to joining forces with Hutt to found madHIVE MEDIA Low was President of Red Apple Entertainment where she oversaw the development and production of hundreds of hours of programming for networks including Biography, CBC, Discovery Canada, Discovery Times, History, Food Network, Court TV, truTV, Cooking Channel and international distributors including Beyond Distribution, RDF and IMG. She also served as Vice President of Shaftesbury’s factual entertainment division. Low’s hit series include several high profile Food series including Pitchin’In, Opening Soon, Fink, Chef School and From Spain with Love. Other hits include Masterminds and Opening Soon By Design. Low executive produced the one-hour drama doc Assault and Rescue for Discovery Canada. Her ground breaking documentaries include Why Men Cheat, Gamer Revolution, Who’s Sorry Now?, Surviving the Future, The End of Men, The Disappearing Male, and Talkin’ About AIDS. Low won a James Beard Award for Best Television Special for Morimoto Raw, for FOOD Network, USA. She is currently executive producing Gay Revolution for CBC, After Digital for TVO and the Documentary Channel and the crime series Addicted to the Life for OWN Canada. 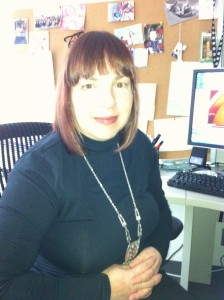 As Production Executive of Original Lifestyle Content for Shaw Media, Kathy Cross oversees a slate of original lifestyle programming for Slice, HGTV Canada and Food Network Canada. For the past 6 ½ years, she has worked closely with production companies to develop original series and follows projects from the inception of an idea through to broadcast. Some of her recent projects for Food Network Canada include Chopped Canada, Chef Michael’s Kitchen, and Pitchin’ In. Prior to her role as a Production Executive, Kathy worked as a series producer and director of entertainment and lifestyle programming.