To erase the foodways of a culture is to help erase its history – to feed is to survive and thrive. In Wi’kupaltimk, viewers learn about more than just wild food and feasts – they learn of the resiliency of Mi’kmaw foodways and traditions, without ignoring the paths that they have taken over the generations.

Bees of the Valley

Rose Schoonhoven was the winner of our first Nourish Nova Scotia Food & Film Challenge last year–and now she returns with a film for the regular film program–an exploration of local bees. 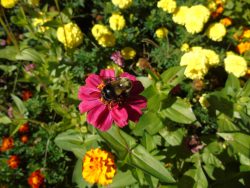 Two friends start a food business that puts their ethics where their stomach is.