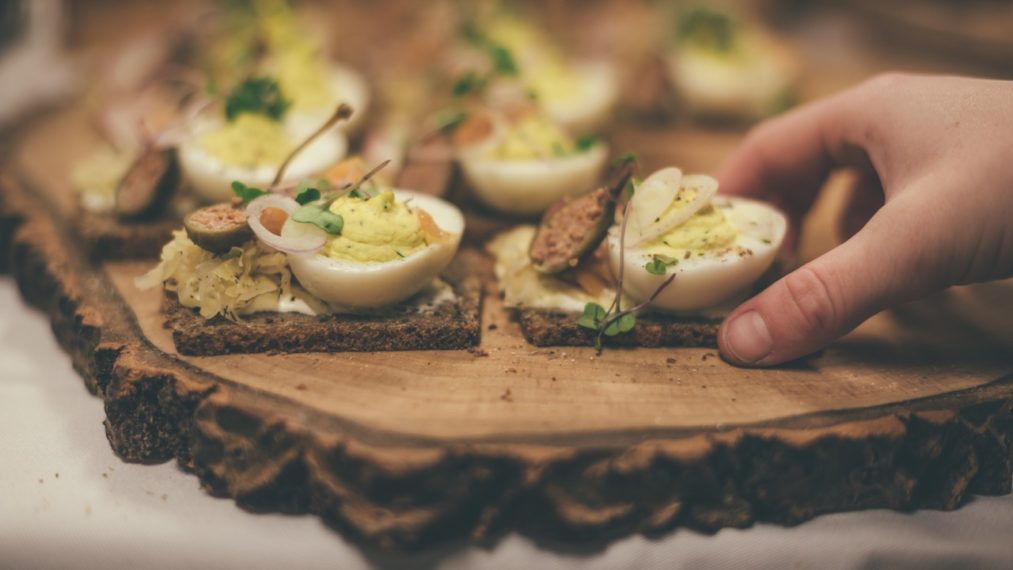 Join us to celebrate the very best of the 2018 festival at our Devour! Awards Brunch. We present the Golden Tine Awards for this year’s films in five categories: Best Short Documentary, Best Short Drama, Best Feature Documentary, Best Feature Drama and Best Animation. Winners are chosen by our esteemed jury – Anita Stewart (Food Laureate, University of Guelph & founder of Food Day Canada), Dan Clapson (Eat North) and Greg Rubidge (Syndicado Film Sales). This year’s brunch will feature chefs and food from some of the province’s busiest and most tasty brunch locations.
Your $25.00 ticket includes brunch and beverages.
Sponsored by Egg Farmers of Nova Scotia & Compass Distillers
Awards made by Artist: Brad Hall 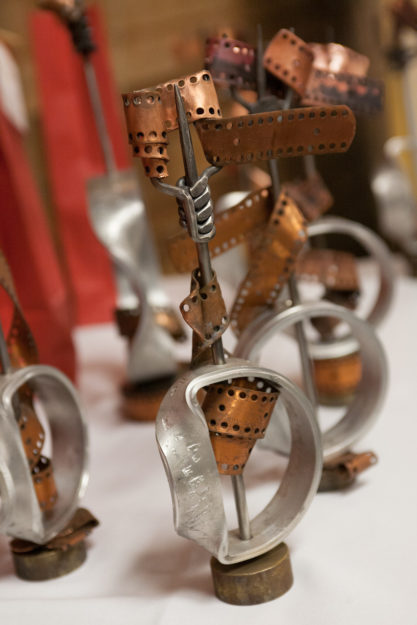 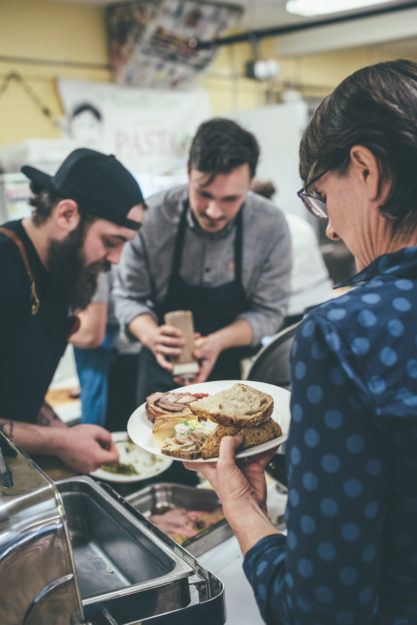 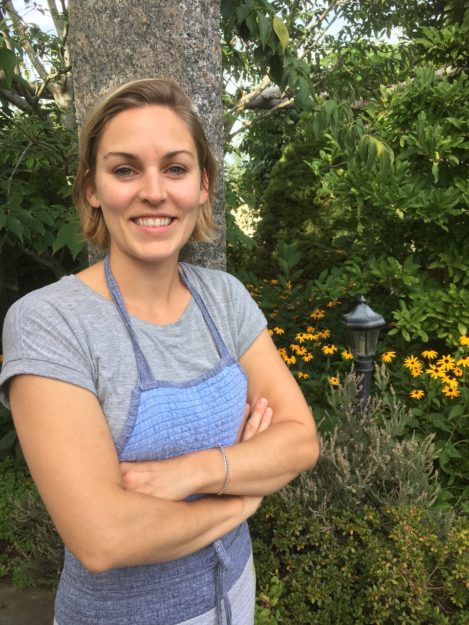 Always a lover of art and design, Christine left her native New Brunswick to study architecture and design in 2006. Living and studying in Montréal ignited another artistic flame; cooking. After completing a comprehensive cooking and baking program at Humber College in Toronto, she worked in France as an apprentice in a chocolaterie. She then returned to work in Toronto in the pastry kitchens of Auberge du Pommier and Colborne Lane, later taking the lead role of pastry chef in restaurants including The Gabardine, Origin, the Drake Hotel and Blackbird Baking Co., earning the Top 30 Under 30 award from the Ontario Hostelry Institute in 2015. Christine, her partner and their two dogs now call the Annapolis Valley home. @yybaking_ns 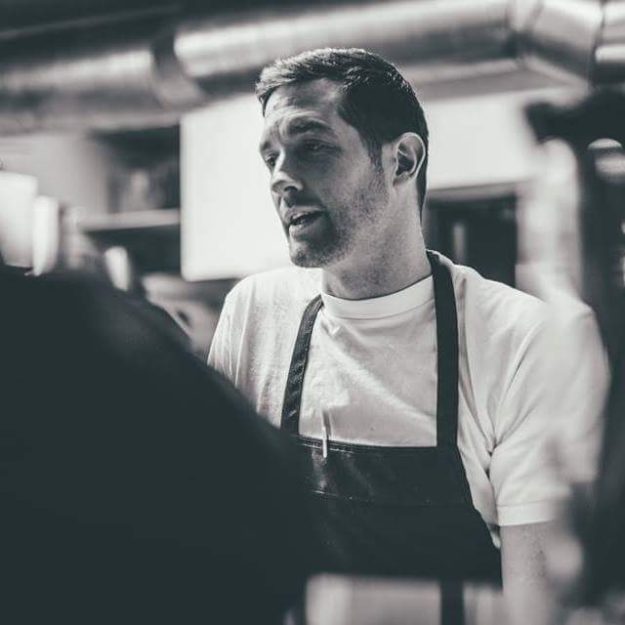 A native of Nova Scotia, Jamie’s first taste of the kitchen was washing dishes and prepping in a local pub as a teenager. After travelling Canada as a cook, Jamie began a five-year mentorship with Chef Bernard Casavant in British Columbia. With the encouragement of Chef Bernard, Jamie attended cooking school and received his Red Seal diploma in Nova Scotia before rejoining Chef Bernard in Whistler, B.C.  In 2006, Jamie relocated to Oliver in the beautiful Okanagan wine country as sous chef of the Senora Room at the Burrowing Owl Estate Winery. This presented a rare opportunity to cook in a completely local and sustainable atmosphere with talented chefs, and work closely with passionate growers and farmers.

With over 20 years in the hotel and restaurant industry Jamie has worked in all facets, from Chef de Partie for the world renowned Fairmont Hotels and Resorts to Chef de partie and butcher at Market by Jean George, the award winning New York chef.  He has also been cooking locally in the kitchen of the exceptional Fid Resto. With a notable side passion for ramen now front and center, Jamie is the Chef and owner of WATER&BONE Noodle bar in the north end of Halifax. At WATER&BONE Jamie offers up his take on the comforting Japanese cusine and dishes that he connects closely with. @waterandbonehfx

Based in the Annapolis Valley Stephane Levac is no stranger to the local food movement. Surrounded by what he terms an ‘agricultural wonderland’, much of his success is linked to the inspiration he gains from the local farms and vineyards, as well as fishing and foraging. Stephane made a name for himself at the Wolfville Farmer’s Market named Tastes of the Valley – Judge’s Choice for Best Savoury Award on two occasions. Stephane was also the only farm market food vendor in Nova Scotia to be featured in the 2017 Curated Guide magazine with his ‘over-the-top breakfast bagel sandwiches’. In 2012 Stephan, together with his partner, established Frais Catering providing an opportunity to partner with some of the most well-known local wineries such as Benjamin Bridge, Planters Ridge, Lightfoot and Wolfville among others. Additionally, over the past year Stephane has worked under Chef Ray Bear at the very popular restaurant Studio East in Halifax.Today, you can find Stephane working at Just Us Coffee Roasters as the Chef/Kitchen Team Lead. @fraiscaterer 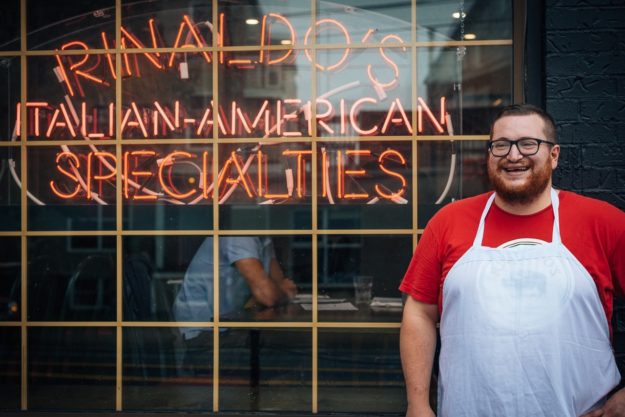 Inspired by a rich family history of culinary mavericks in Halifax, Buffalo, New York, Sicily and beyond, the brothers launched T Dogs, a gourmet hot dog cart on the streets of Halifax. Two years later in 2017 they opened their first official restaurant, Rinaldo’s Italian American Specialties. The restaurant specializes in handmade sandwiches, pizzas and pastas just like the family used to make – everything from scratch using local ingredients.

In its first year of business, Rinaldo’s won the Best New Restaurant Award from the Restaurant Association of Nova Scotia and was listed as one of ‘New Restaurants Across Canada That are Worth Travelling For’ in WestJet Magazine. @rinaldoshfx 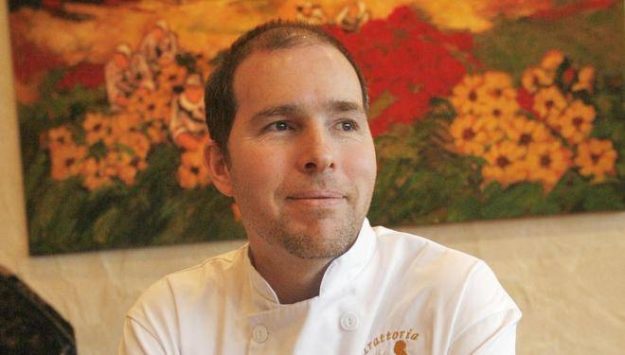 Terry’s experience in the restaurant industry began in a Jewish delicatessen in Sydney, N.S. After taking the culinary arts program at Malaspina College in Powell River, B.C., he apprenticed at highly regarded restaurants in Vancouver such as Star Anise and Montri’s. He returned to Nova Scotia and spent three seasons at The Keltic Lodge in Cape Breton, where he worked and apprenticed under accomplished European chefs such as Gilles Hostel and Daniel Francois mastering the art of balance, subtlety, and the value of fresh ingredients.

Terry moved to Halifax and became chef at Sweet Basil Bistro, Seven Winebar and Restaurant, The Five Fishermen, and Trattoria della Nonna. He won the silver medal in the Gold Medal Plates competition in 2013. He was hired by a British catering company, The Mossiman Group, to cook at the 2014 Olympics in Sochi, Russia, and was asked to return with the company for the Summer Olympics in Rio de Janeiro. He currently owns and operates Mappatura Bistro in Halifax with his partner Simone Mombourquette. @mappaturahalifax 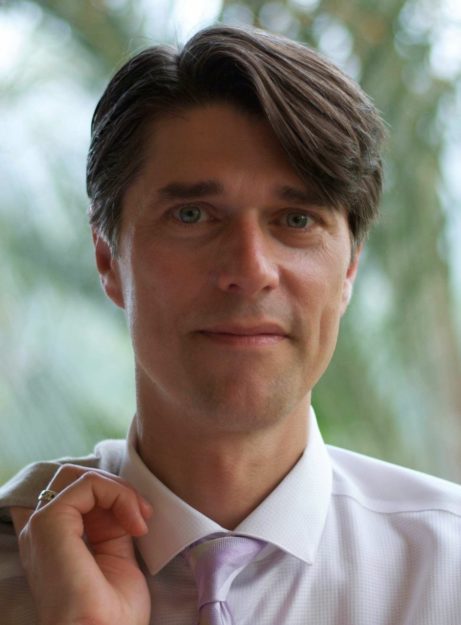 After graduating with an MBA in finance and working in commercial banking, Greg Rubidge worked in film and TV production before founding an interactive digital agency focused on entertainment and websites for TV series. He went on to work at a national mobility carrier overseeing product development for the then emerging wireless internet service market. Later, he oversaw VOD distribution at one of Canada’s largest TV networks, leading development of digital distribution partnerships with Sony, Hearst, Omnimedia, Rogers and MTV. He founded Syndicado, a film and TV distribution company specialized in VOD distribution, and later co-founded Syndicado Film Sales, a boutique documentary film sales company. 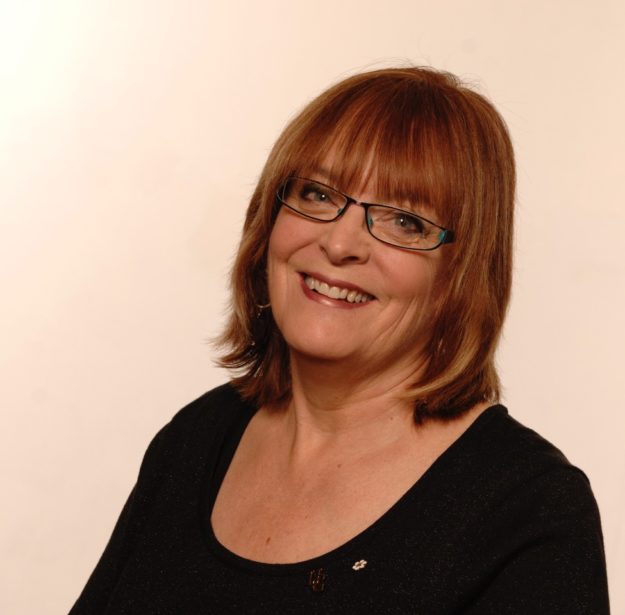 Anita Stewart writes, “Over the years I’ve been called many names. Most, thankfully, have been polite. Summing up the past 4 decades or so, the words Activist and Disrupter have been applied the most. I like them because I have never believed that life is a dress rehearsal and if we are to live it fully, we’d better damn well get busy. My mantra? Canada IS food and the world is richer for it.” Anita is a member of the Order of Canada, the Food Laureate for University of Guelph, and president of Food Day Canada. 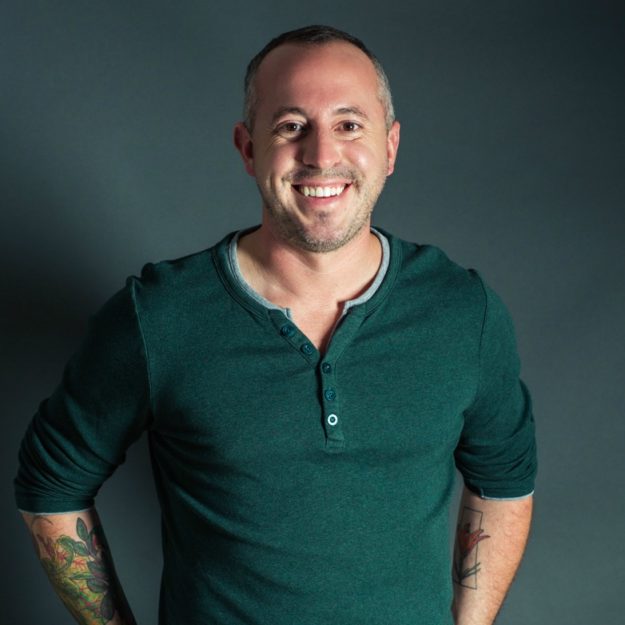 Dan Clapson is the Globe and Mail restaurant critic for the Canadian Prairies and co-founder of the popular culinary site, Eat North. Considered to be one of the top authorities on the Canadian food and drink scene, Dan is a regular expert on TV programs like Cityline, Global Calgary and CTV Morning Live Vancouver. Proudly born in Saskatchewan, he’s somewhat embarrassed that he’s never been to a Saskatchewan Roughriders game, but you can’t do it all, right? When Dan is not writing, eating or travelling across Canada, he’s probably relaxing at a pub in Calgary with some friends or watching Ru Paul’s Drag Race.