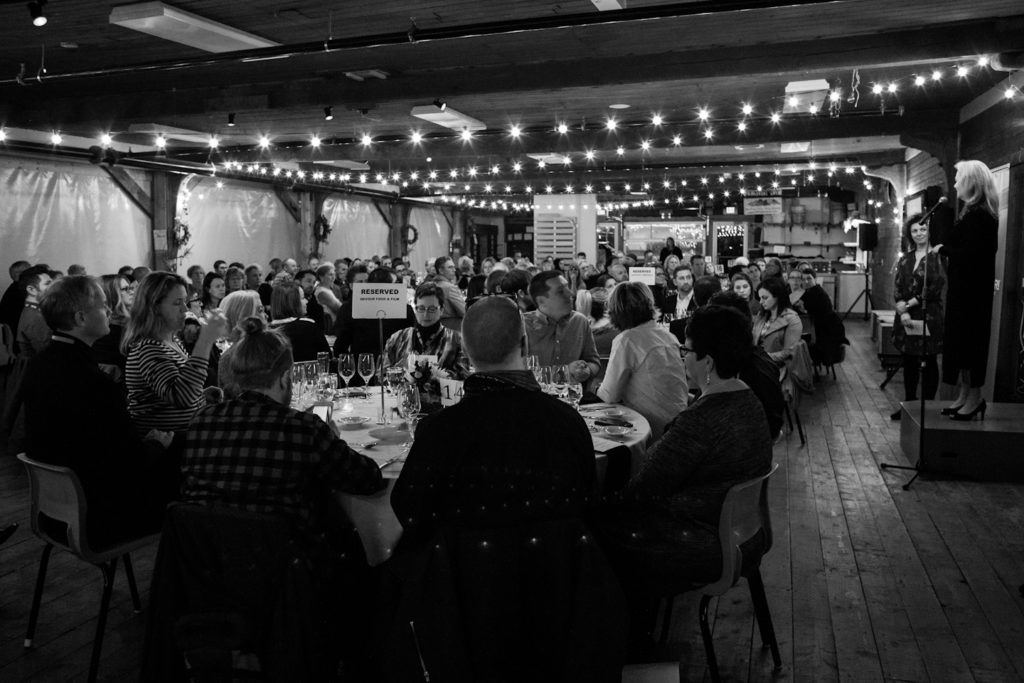 Each dish in this five-course dinner is inspired by a corresponding short film screened right in the beautiful new wine cellar of Lightfoot & Wolfville Winery with the diners. Participating chefs include: 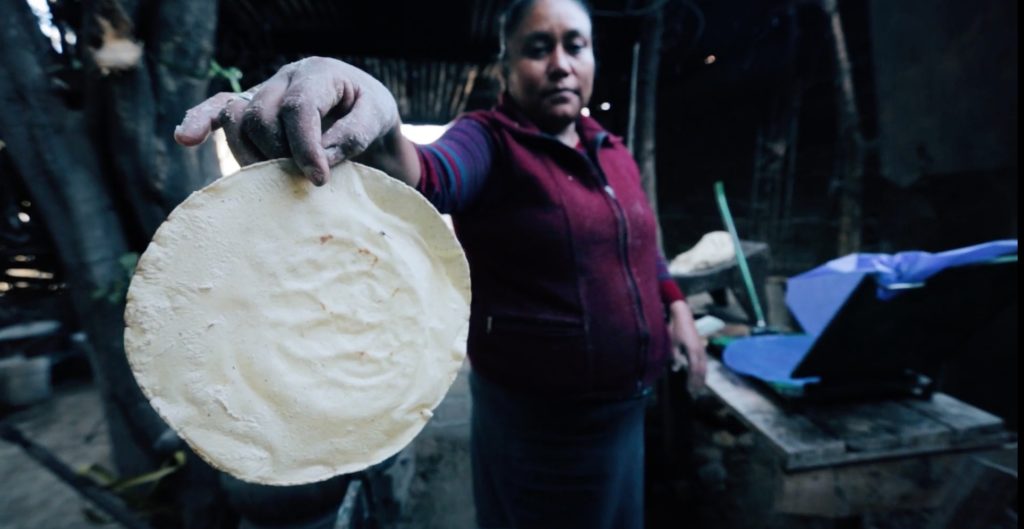 From Milpa to Mesa
The process of transforming heirloom corn from tiny farms across Mexico into tortillas for the world’s best restaurants and taco carts has never been more danceable.
USA/Mexico, 2017, 2 minutes
Directors Daniel Klein & Mirra Fine 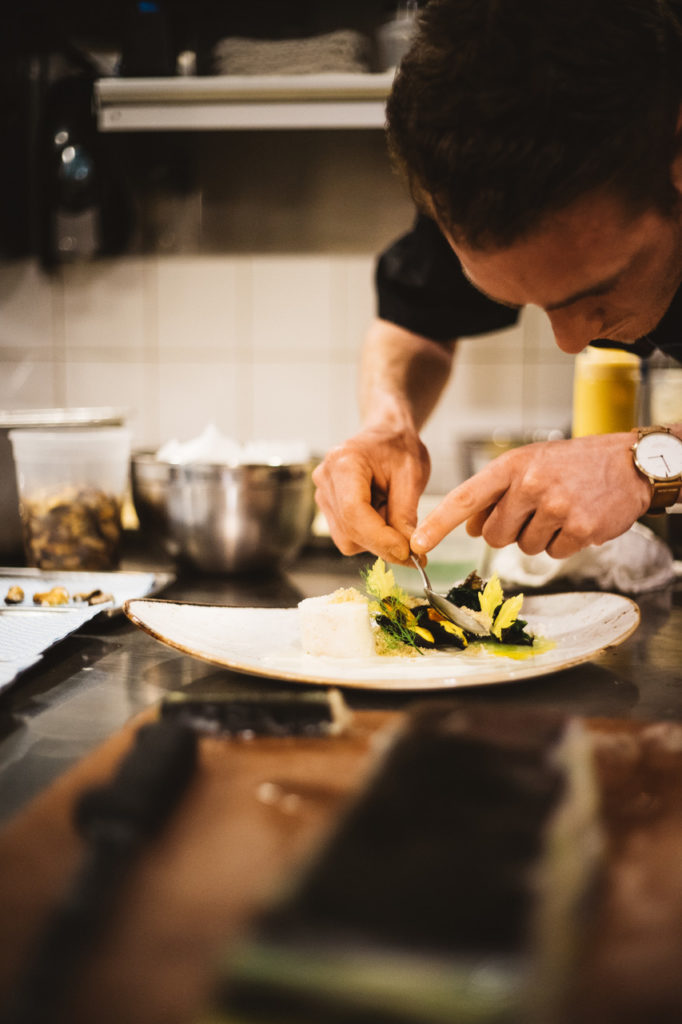 Dish
You’ll be surprised to see how much work can go into just one dish at a restaurant.
Canada, 2017, 4 minutes
Director Cohen King 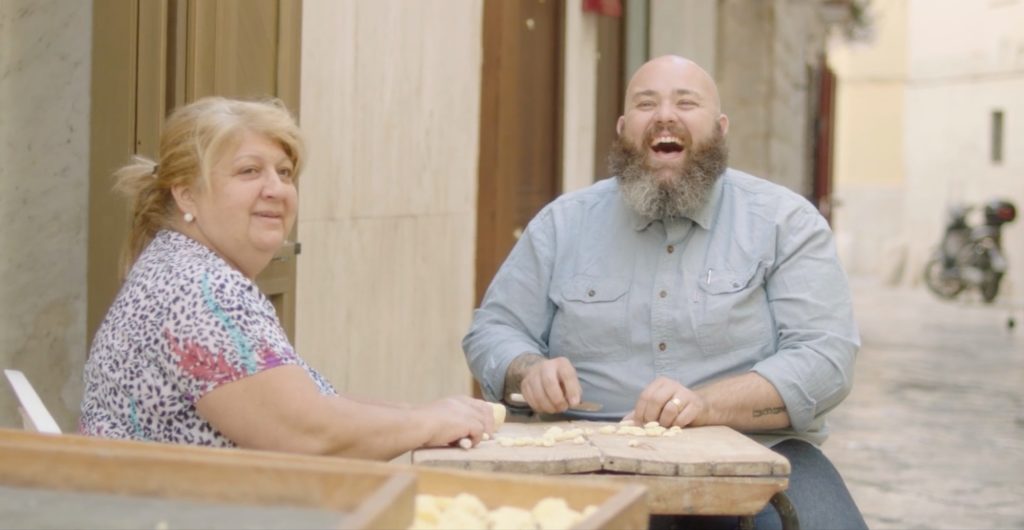 Bari
On the streets of Bari, Italy, the mesmerizing secrets of pasta-making are passed from nonna to nonna. But who will carry on the tradition in the future?
USA/Italy, 2017, 6 minutes
Director Gab Taraboulsy 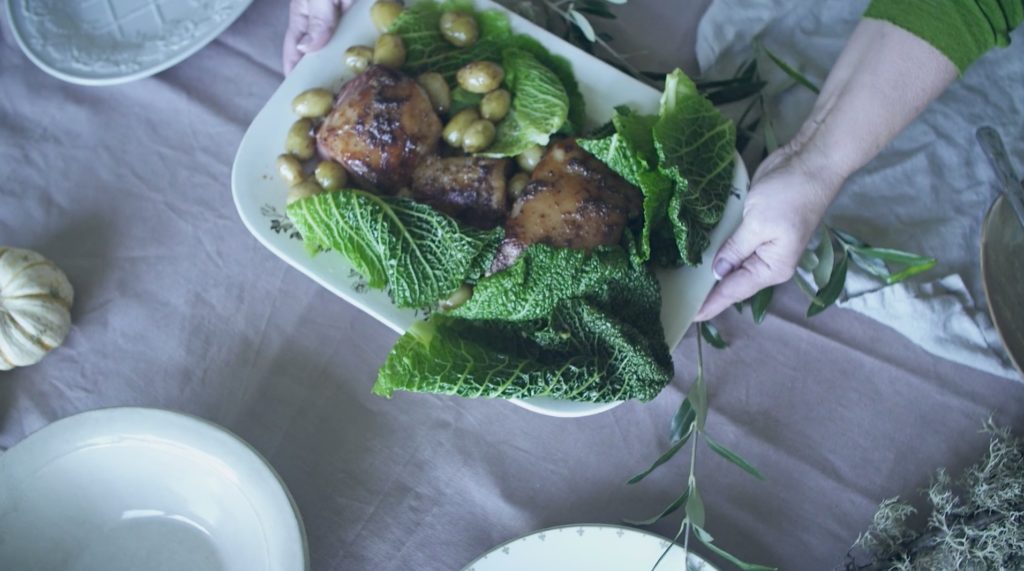 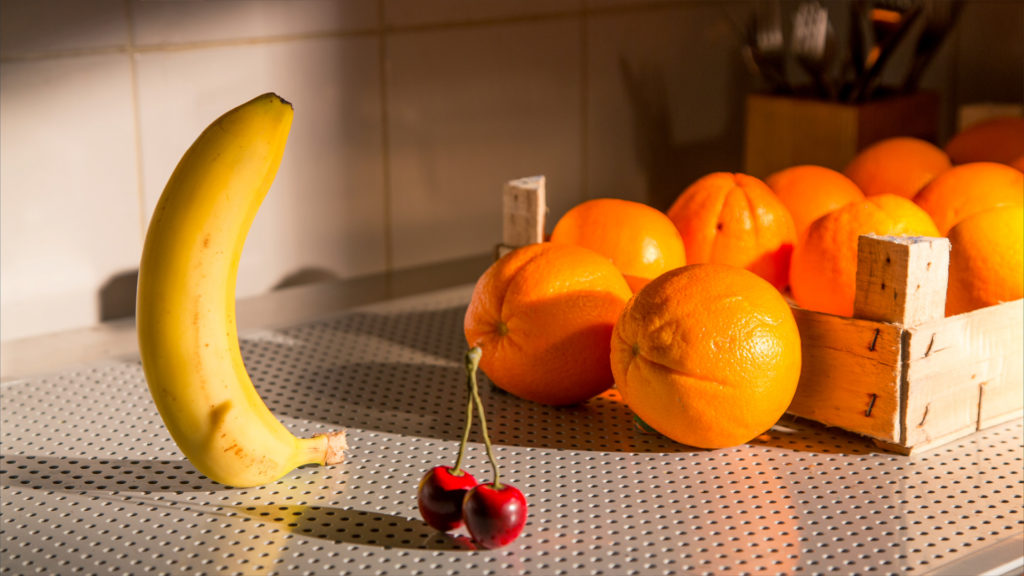 Fruit
Don’t take your eyes off your kitchen counter for one second; you never know what your fruit might get up to.
Germany, 2016, 5 minutes
Director Ivan Mirko Senjanovic 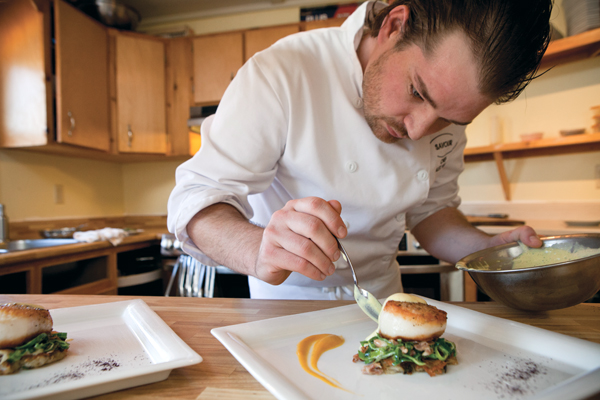 Chef Alex Haun is from St. Andrews by-the-Sea, a small seaside community in southwestern New Brunswick. He started his culinary career at the age of 13 working at the Garden Café in Kingsbrae Garden. He took the culinary arts program at the Culinary Institute of Canada in Prince Edward Island after high school, later returning to complete the pastry arts program.

Chef Alex was an active member on Culinary Team Canada for one and a half years. He competed at the Nations Cup in Grand Rapids, Michigan, and the Culinary Olympics in Erfurt, Germany. He has 12 culinary gold medals, including five international wins.

In 2009, Chef Alex opened his first restaurant, Savour, in his hometown at the age of 22. In 2013, he became executive chef at Kingsbrae Garden. He operated the Garden Café and created a new restaurant, Savour in the Garden. He takes great pride to create all his menus using fresh and local ingredients, minding his environmental footprint by using items from his own garden and other local suppliers around New Brunswick. @ChefAlexHaun 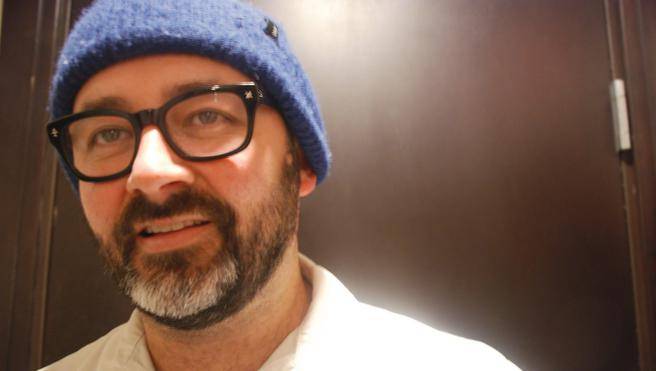 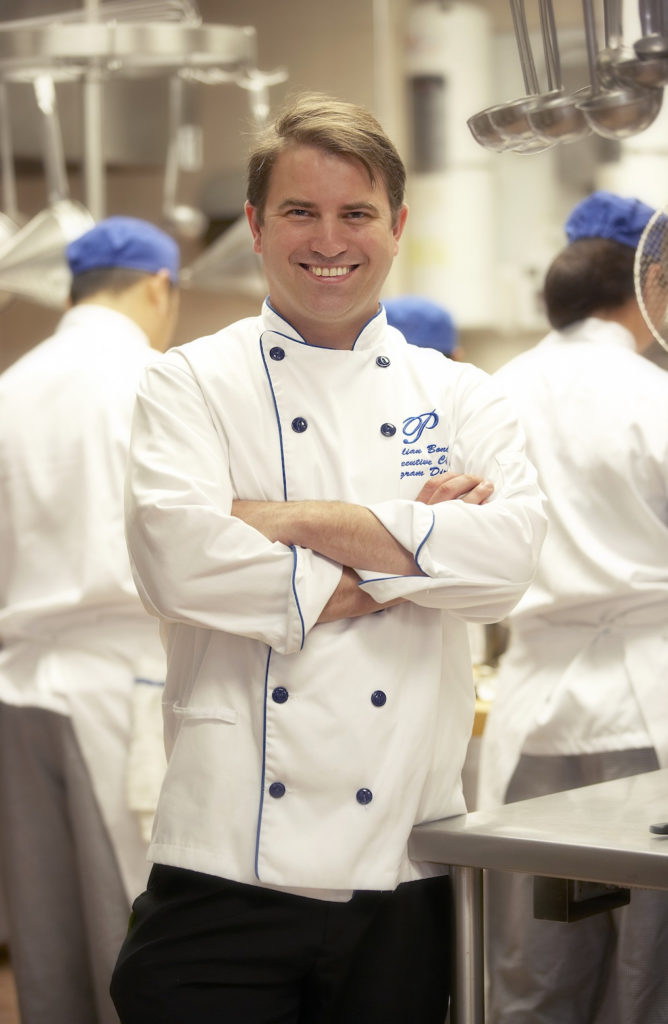 Chef Bond is a BC Restaurant Hall of Fame industry inductee and an inaugural recipient of Vancouver Magazine’s annual restaurant Mentorship Award. He has been on the forefront for conservation and awareness initiatives, including Vancouver Aquarium’s Ocean Wise Program and Chefs’ Table Society of British Columbia. Chef Bond is an active promoter, educator and advocate for the betterment of our culinary industry. @picachef 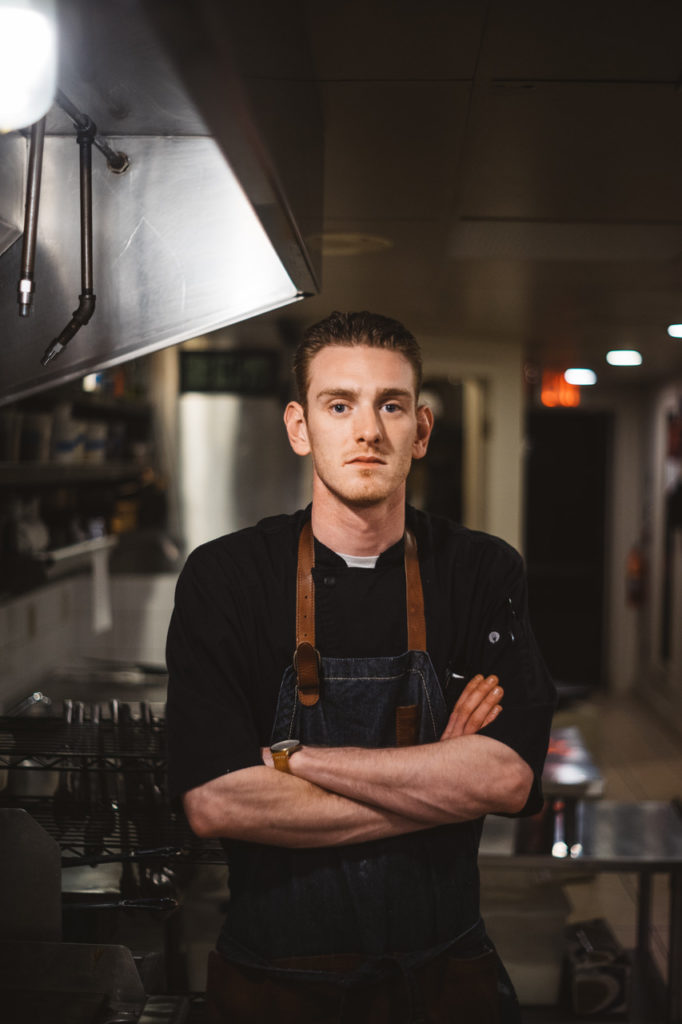 Mark has been working in the culinary industry since the age of 16. He began his climb at the bottom, washing dishes at Il Mercato in Bedford, N.S., under chefs Maurizio Bertossi and Martin Ruiz Salvador. After high school he moved to Canmore, Alta., where he became sous chef at The Drake Inn and worked under Chef Michael Lyon at The Wood Steakhouse & Grill.

The Nova Scotia Association for Chefs & Cooks named him Culinarian of the Year in 2014 and Chef of the Year in 2015. He won gold in the prestigious Gold Medal Plates regional competition, Halifax, in 2016 and placed fourth in the Canadian Culinary Championships in 2017.

Now 29, Mark is head chef of the new restaurant The Watch that Ends the Night, opening in King’s Wharf in Dartmouth, N.S., in 2017. @mjamesgray

Renée Lavallée was born and raised in Shawville, Que. She left home at an early age to attend George Brown College in Toronto. After more than 20 crazy years in the business, including many stints in restaurants around the world, Renée now calls Nova Scotia home.

After a brief hiatus to raise her family, Renée jumped back into the ring to open The Canteen, an award-winning sandwich shop in downtown Dartmouth. After fewer than three busy years The Canteen opened up a brand new full-service restaurant and takeout shop called Little C only two blocks from its original location.

Renée has a long list of professional accolades and has been the spokesperson for a number of culinary brands and organizations, including Taste of Nova Scotia, Select Nova Scotia, Community Food Centres Canada and Dairy Farmers of Canada.

Renée is an ardent supporter of local farmers, fishers and various other types of food producers. She can often be spotted at any number of local farmers’ markets with her husband and business partner Doug, daughter Zoe and son Philippe in tow. @thecanteenns 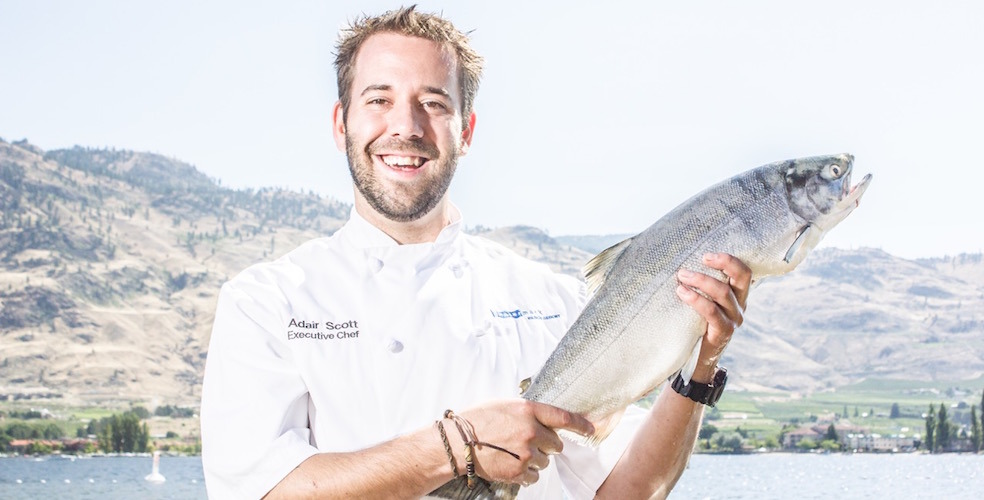 An affinity for flavourful local fare has been ingrained in Chef Adair Scott from birth. Growing up on a small farm outside Prince George, B.C., mingling with the feathered and bovine residents, Adair gained a deep respect and understanding for the origin of great ingredients. He left for Kelowna to pursue a culinary career at the age of 18. He worked under Paul Cecconi, the renowned Okanagan chef and eventual founder of Penticton’s BRODO restaurant. After completing a one-year apprenticeship at Okanagan College and more formal training at Vancouver Community College, Adair worked his way up the culinary ranks at restaurants across the Okanagan, Victoria and travelled to Australia where he cooked at the well-known Stoke House in Melbourne.

After returning to B.C., Adair worked at the Lake Village Bakery in Osoyoos and fell in love with the region. As executive chef of the Watermark Beach Resort, he oversees catering for the resort’s conference space and has taken the reins of The Restaurant at Watermark. With distinct influences from the Mediterranean, the restaurant focuses on fine regional wine pairings and tasty dishes. He also manages the outdoor barbecue kitchen featured on the resort’s deck. @WatermarkResort 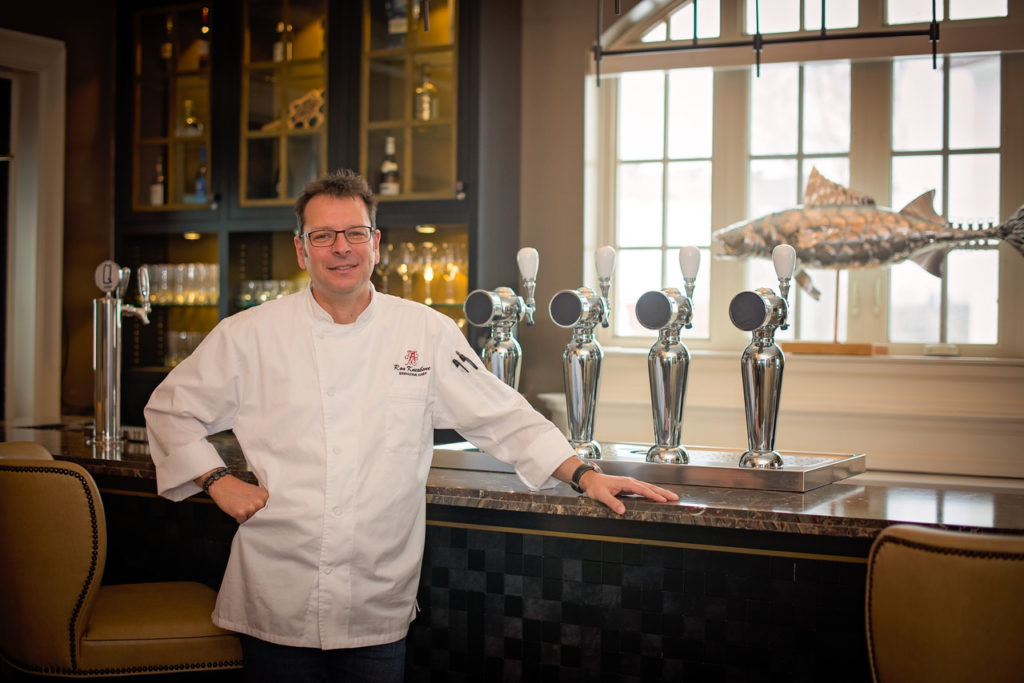 Ron is born and raised in Brantford, Ont. He found his passion when he started working in a restaurant at the age of 16. He graduated from the Culinary Institute of Canada in 1988. He worked in Calgary for the winter Olympics before accepting an apprenticeship in France. After a two-year stint in Toronto, he returned to France, working primarily in the Alsace region for 10 years. He also spent time in Switzerland and Germany.

Ron returned to Canada to work with chefs Michael and Anna Olson in Niagara-on-the-Lake. He was executive chef at the Fallsview Marriott in Niagara Falls and later joined the Algonquin Resort in St. Andrews-by-the-Sea, where his first customer was Prime Minister Justin Trudeau.

Ron has taken part in many competitions and galas, but says he gets more satisfaction from pleasing his guests.