Groundbreakers in food, wine, and film

Today’s fresh picks include a documentary about two brothers who gave birth to a new gastronomic universe, a Russian immigrant who transformed the California wine industry and three stunning short films by a James Beard-nominated Devour! alumni.

Directors Laura Collado and Jim Loomis present this documentary about culinary genius siblings. Long under the shadow of his famous brother Ferran, Albert Adria rises to the top of the world’s gastronomy scene with his new restaurant empire in Spain and his own brand of creative cuisine.

ANDRÉ: THE VOICE OF WINE

André Tchelistcheff arguably invented California wine as we know it today. For more than five decades, he worked with dozens of wineries in Napa and Sonoma to drastically improve wine production and help establish the American wine industry. Told in his own voice, the history of winemaking in America comes to life in this touching feature documentary from André’s own grand-nephew, director and Devour! guest Mark Tchelistcheff. 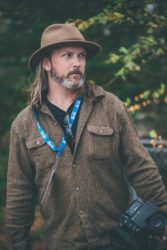 Kevin Kossowan is an Edmonton-based filmmaker telling stories from the world of food. His James Beard-nominated series ‘From The Wild’ is in Season 5 of production, sharing his journey exploring the outdoors through a culinary lens. Experience it for yourself with Kevin with Chef Blair Lebsak in our From the Wild Filmmaking Intensive w/Kevin Kossowan & Chef Blair Lebsak. His short films, From the Wild: The Bay of Fundy and The Best Place to Tell Stories screen Saturday during the Quest for Taste Shorts Program plus the film he shot on location at last year’s festival (From the Wild: Devour! Edition) airs Saturday at the sold-out Devour! Road Show: Celebrity Chef Film Dinner. @kevinkossowan

Devour! The Food Film Fest (Devour!) is a transformative food and film experience combining cinematic excellence with extraordinary gastronomic activities. The annual six-day festival hosts 100+ events, celebrated filmmakers and high-profile chefs from around the globe. Devour! takes place in Wolfville, Kings County, the agricultural heartland of Nova Scotia; home to a thriving wine industry and hospitable community with a longstanding farm-to-table ethos. Devour! aims to inspire people to think differently about food and create a deeper connection to it.