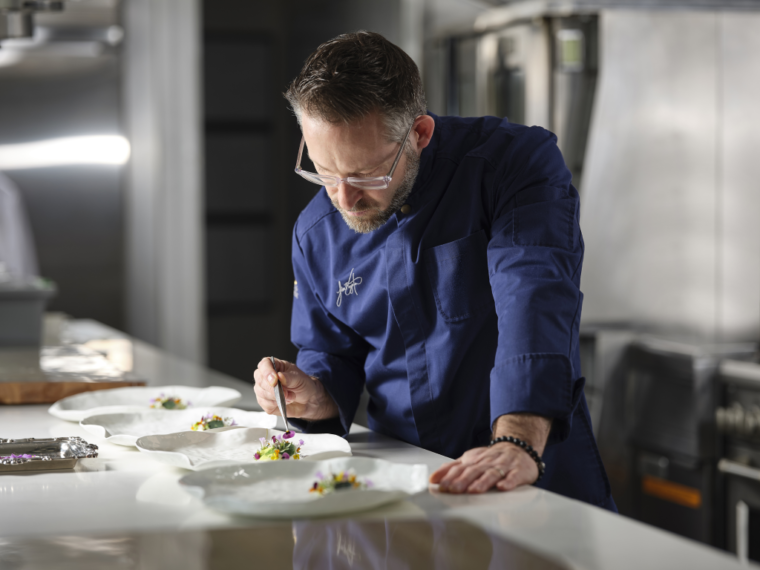 As one of Canada’s leading chefs, Chef Jason Bangerter is an influential leader in the culinary scene who has been at the helm of Langdon Hall’s award-winning dining experience since 2013. Chef Jason has a “sense of place” philosophy, inspired by the garden, bees and forest outside his kitchen. His flair for colour and exemplary flavours will be brought to life at Devour in this plant-forward workshop. Enjoy Chef Jason’s Citrus Plant-Cured Tuna as well as Beets and Berries with Nova Scotia’s Hana Tsunomata.

Jason Bangerter
Notably an influential leader in the culinary industry, Chef Jason Bangerter’s career spans nationally and internationally, working alongside some of the world’s greatest chefs. Chef Jason’s unbridled passion for excellence is fueled by his dedication to supporting and developing sources for sustainable, responsibly produced ingredients. Langdon Hall Country House Hotel and Spa welcomed Executive Chef Jason Bangerter in 2013. Chef Jason’s philosophies have grown since by creating a “taste of place”, with a focus on the freshest and most flavourful ingredients on the property and surrounding farms. @chefbangerter