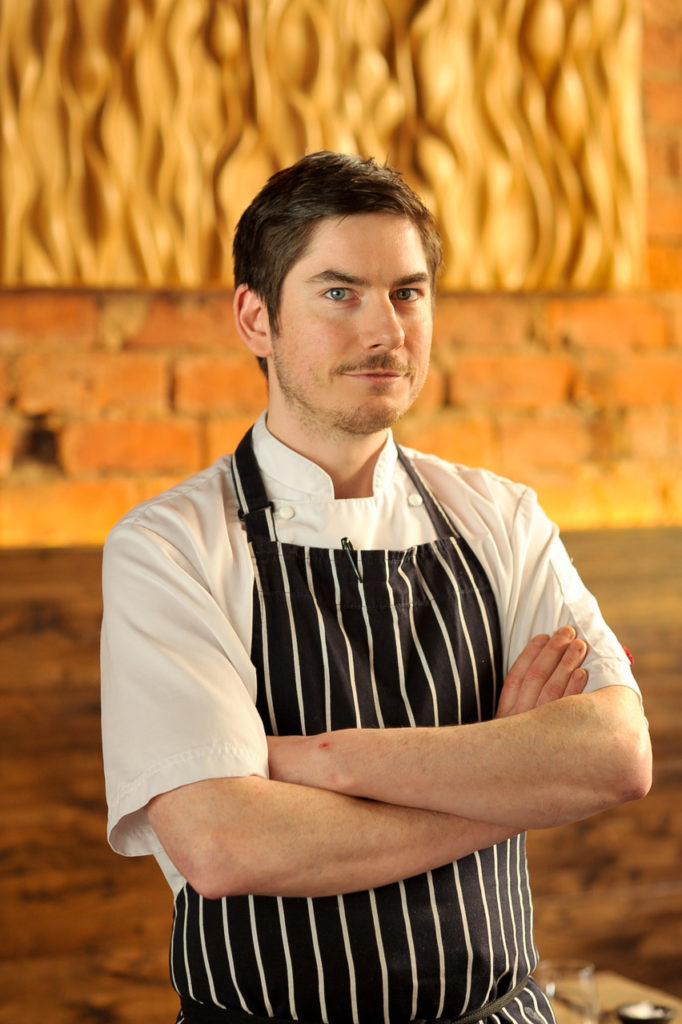 Chef Peter McKenna, from one of the top restaurants in Glasgow, has a love of the ocean and a deep appreciation for its bounty. Peter prepares two of his customers’ favourite seafood dishes – seaweed cured wild halibut, crème fraîche, kohlrabi, radish and orange, and Blanched and scorched squid, ink and black garlic.

Peter McKenna started his career in rural Ireland in the mid-1990s and went on to train in the kitchens of renowned chefs in the Netherlands, London, Sydney, Dublin and Glasgow. He spent four years travelling the world as the personal chef of a Saudi sheik and two years on the yacht of a Russian oligarch.

Chef Peter opened The Gannet restaurant four years ago with business partner Ivan Stein to critical acclaim. They quickly gathered a reputation as one of Glasgow’s leading restaurants. Having a firm focus on seasonal Scottish produce with solid links to local artisan producers, farmers and gamekeepers has helped them pick up many accolades and awards, including AA Scottish Restaurant of the Year 2015-16, 3 AA Rosettes and a Michelin Bib Gourmand. @PeterTheGannet