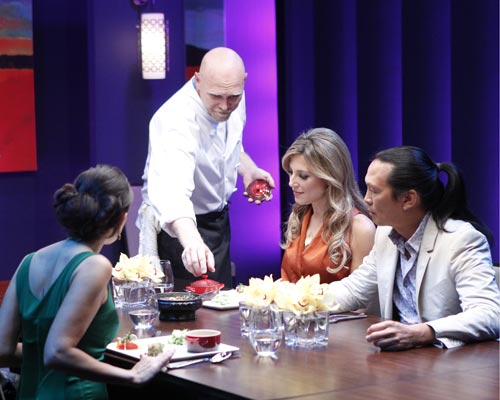 Join Chef Todd Perrin as he demonstrates a Mallard Cottage favorite, Cod Boudin Blanc. It’s a twist on the classic French white sausage that includes fresh cod,  salt cod and, of course, pork. As an accompaniment, Todd will lead us through the process of how to make a spicy apple chutney. 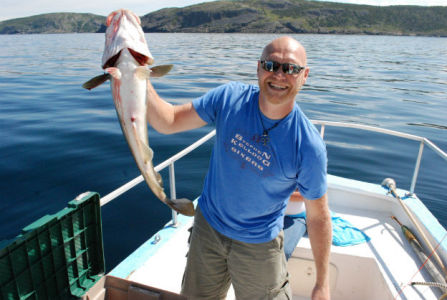 Canadian foodies know Todd Perrin as the burly, entertaining, larger than life Newfoundlander who made it to the top 8 in The Food Network’s hit series Top Chef Canada in 2011. Prior to his television fame, Todd graduated from The Culinary Institute of Canada at Holland College in Prince Edward Island, and went on to work at The Lodge at Kananaskis in Alberta and then at a private hotel near Zurich, Switzerland. In 2001, he opened Two Chefs, a fine dining eatery in St. John’s that in its first year, was listed as one of the country’s Top 50 New Restaurants in EnRoute Magazine. In 2008, he opened The Chef’s Inn, a B&B in downtown St. John’s, Newfoundland where he practices farm-to-table whenever possible, by sourcing the freshest local ingredients from his own backyard, neighbours’ farms and his root cellar.

Todd’s latest project is a new restaurant at Mallard Cottage, in Quidi Vidi Village, St. John’s. Having purchased this 18th century traditional Irish cottage, Todd and his partners have restored and converted the cottage into St. John’s most unique dining destination. Open for almost one year, Mallard Cottage has enjoyed some critical acclaim, making the short list for EnRoute’s Best New Restaurant in Canada.