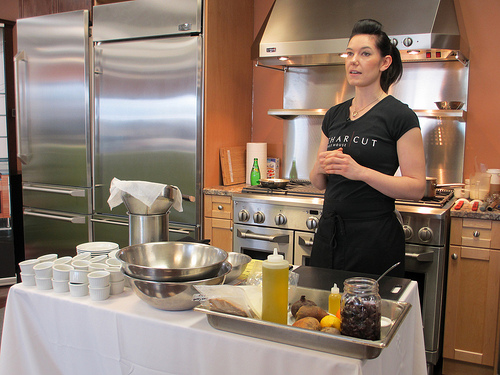 Chef Connie DeSousa has embraced all of the #forking fun of Devour! by bringing us the ultimate sausage-making demo. Not for the faint of heart, literally. Known for her huge chops in the kitchen, Calgary’s queen of meat will prepare two types of sausages – Mortadello dogs and Beef Heart Kielbasa along with all the fixings during this hands-on workshop. So, you wanna see our sausage? Err… now YOU can make sausage. 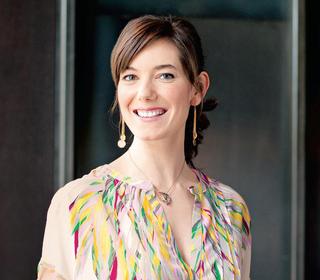 Dubbed the Primal Ballerina – for her years of formal dance training juxtaposed with her meat-centric culinary mastery – Connie DeSousa is one of Canada’s Top Chefs having starred as a finalist in the Food Network culinary competition and a Tourism Calgary Culinary Ambassador. Known for stand-out butchery skills, she can debone a pig’s head in record time. Far from gratuitous, Connie and her Calgary restaurant, CHARCUT, are true to timeless honoured culinary techniques, sustainability and walking the “toe-to-tail” talk. In a “back-to-basics style” she expertly prepares authentic, regional food at great value and to high critical acclaim.

Connie obtained Le Cordon Bleu Paris Certification and graduated on the Dean’s List with honours from the Southern Alberta Institute of Technology’s culinary program. She competed with the Alberta Culinary Team at the World Culinary Olympics in Erfurt Germany, and worked in Koln, Germany at Taku Restaurant under Chef Sven Feldman. In 2005, Connie opened the Mobil 5-Star St. Regis Hotel, San Francisco. While working in the United States, Connie was awarded many distinctions, and was given the opportunity to train at many award-winning restaurants, including Jean Georges in New York City, and Alice Waters’ Chez Panisse in Berkeley, California. Connie was recognized nationally as Canada’s 2013 Outstanding Chef in the GE Monogram-Terroir Awards and received the 2013 Vacay.ca award for Top Female Chef in the country.