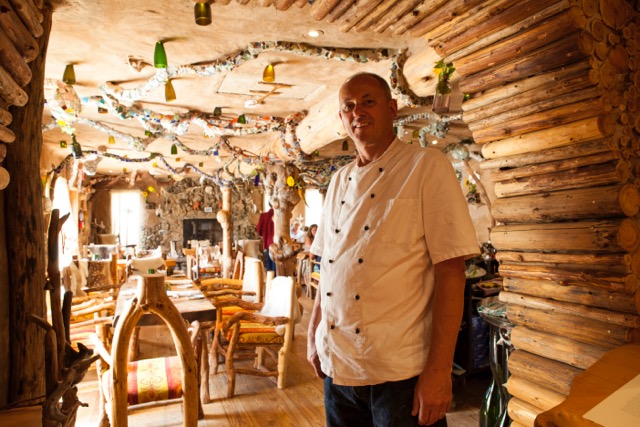 This dinner is inspired by the Spotlight Gala screening of Good Things Await. Ticket includes wine pairings, gratuity and tax. 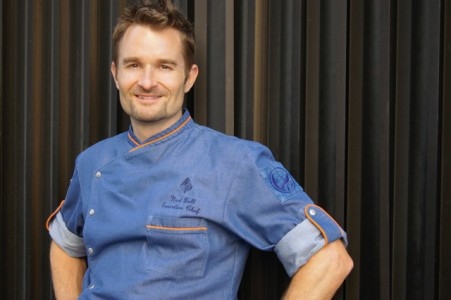 Whether cooking for six or six hundred in his role as Executive Chef at Four Seasons Hotel Vancouver and YEW seafood + bar, Ned Bell’s cooking philosophy is globally inspired and locally created.

Ned’s love of sport, travel and adventure have taken him all around the world creating memorable experiences and cooking up a storm along the way. He is inspired and passionate about crafting dishes that lean heavily on plant based, nutrient dense ingredients with an emphasis on sustainable seafood. His community-focused life is firmly based on the health and wellness of his home, his country and the world through ‘feeding’ extraordinary life experiences. In 2014, Ned founded Chefs for Oceans and rode his bike 8,700km across Canada. He hosted two dozen events that featured some of the best chefs in the country striving to raise awareness for healthy lakes oceans and rivers and sustainable seafood.

Ned’s diverse British Columbia upbringing instilled a passion for fresh and locally sourced cuisine. This drive led him to work in some of the country’s top kitchens in Vancouver, Niagara, Toronto, Calgary, Kelowna and Vancouver amassing many great accolades along the way – from seven seasons on Food Network Canada’s Cook Like a Chef, to Where Magazine’s Best Overall and Rising Star awards, to being named Western Living Magazine’s Top 40 Foodie’s Under 40. To add to the list, Ned was recently honoured as Canada’s Chef of the Year recipient for Food Service and Hospitality Magazine’s 2014 Pinnacle Awards, along with the Green Award for Sustainability at this years Vancouver Magazine Awards. 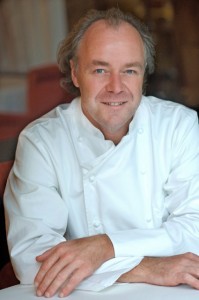 German culinary whiz Michael Hoffmann has a resume worth bragging about. Completing his training as a cook in the mid-1980s at the small hotel and restaurant Gasthof Wickel, he then honed his culinary mastery under Eckart Witzigmann at the legendary three-star restaurant Aubergine in Munich. Starting out as Poissonnier, Michael quickly became Saucier, and finally Sous Chef. Equally influential was his time with two-star chef, Lothar Eiermann.
In 1996, at the young age of 29, Michael became Head Chef at Haerlin at the Hotel Vierjahreszeiten in Hamburg. From 2003 until 2014, Michael ran his own Michelin Star winning restaurant, Margaux, in Berlin. Specializing in vegetarian menus, he runs his own vegetable garden – using his home-grown produce in many of his culinary creations. He now owns a bread bakery in Berlin, and is currently working as a consultant for a cruise line.

At Eigensinn Farm, Michael Städtlander tries to grow and raise as much as he can. He cooks a few times a week for 12 people a night; 8 course menu from what he has available. Quite simply, his menu reflects the land and what it has to offer. He has defiantly developed his own style loosely based on classical French cuisine. Once in awhile he also creates special outdoor dining events, like The Singhampton Project.
There is also a small restaurant in Singhampton called Haisai, where ingredients from the farm are served up in a tapas format. Winters the farm closes and it’s time to dream up new ideas.

At Devour! we love our aussies. Growing up and perfecting his craft around Australia, Andrew Aitken worked his tail off in some of Melbourne’s finest restaurants for nearly 10 years. Meeting his partner, Sarah Griebel, while working at Jacques Reymond’s, the duo travelled together for a while before settling down in the quaint region of Advocate Harbour, Nova Scotia. Fulfilling their dreams by opening their own spot, Wild Caraway Inn, in 2009, they work hard to create dishes using what they bay and land provides for them, foraging regularly in their rich surroundings.